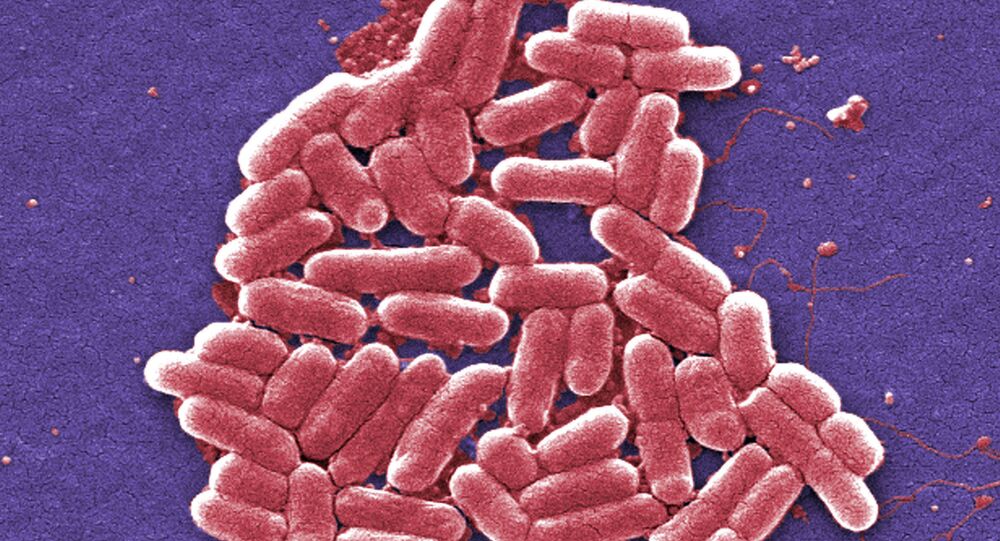 A new and deadly fungus has quietly taken root in the urban centers of many developed nations and is resisting efforts to stop its spread, according to reports.

© CC0
Earth is ‘In Midst of Mass Extinction’, Sir David Attenborough Warns
As the use of antibiotics increases — particularly in developing nations — new strains of superbugs are evolving that shrug off the effect of drugs, leading to the spread of deadly bacteria into urban centers in developed nations where tools ordinarily used to fight off disease no longer work.

Candida auris, a deadly fungus that easily compromises people with weak immune systems, has been quickly spreading throughout the developed world over the past five years, most recently in a Venezuelan neonatal facility, a Spanish hospital and an intensive care unit in a well-known medical center in the UK, as well as in facilities in Pakistan, South Africa and India, according to a report by the New York Times.

In just the past year, new outbreaks are now being fought in New Jersey, Illinois and New York, prompting the US Centers for Disease Control and Prevention (CDC) to add ‘C. auris' to their list of ‘Urgent Threats.'

A patient in Manhattan's prestigious Mount Sinai Hospital died in May 2018 after a 90-day fight with the disease, but the fungus and its yeast spores were found to be so difficult to kill that the hospital was forced to tear out floor and ceiling tiles while using cutting edge sterilization technology to eliminate the infection.

© Photo : Pixabay
Deadly Superbug Poses ‘Catastrophic Threat’ to US, Says Top Doc
The fungus has been shown to resist all popular antifungal medications, indicating that C. auris is a new and deadly addition to the growing list of drug-resistant infections long warned about by clinicians and health experts, according to Nytimes.com.

Fisher's alarming study details the rise of drug-resistant fungi and warns of a global lack of preparedness to potential germ-induced plague-level events, including that of C. auris.

"We depend on being able to treat those patients with antifungals," he added, cited by Nytimes.com.

© AP Photo / CDC, C.S. Goldsmith, T. Rowe
Beijing Registers First Case of H7N9 Human Infection in 2017
Fisher's work, and the work of many other epidemiologists and clinicians, shows that new killer fungi are quickly evolving defenses that render modern medicines useless or, in some cases, act to increase the speed with which the yeasts expand.

"We are driving [the rise of drug-resistant superbugs] with the use of antifungicides on crops," observed Imperial College London infectious disease expert Dr. Johanna Rhodes, cited by Nytimes.com.

The most recent CDC data from 2010 claims that some two million US citizens come down with drug-resistant infections each year, while an estimated 23,000 die of the superbugs.

But new estimates published in November 2018 by the Washington University School of Medicine calls the death toll at a far higher figure; 162,000, while worldwide fatalities from drug-resistant infections are thought to be just under a million, according to reports.

© CC0
Trade War: 1 Million Lbs of Smuggled Chinese Meat Seized in NJ Amid Swine Plague
Candida auris has, however, now jumped to the front of the class, as Connecticut deputy state epidemiologist Dr. Lynn Sosa considers the deadly fungi to be "the top" threat among drug-resistant infectious diseases.

"It's pretty much unbeatable and difficult to identify," Sosa pointed out, cited by Nytimes.com.

Global experts in epidemiology and infectious disease are blunt about the current state of play regarding C. auris.

"A creature from the black lagoon," is how the drug-resistant fungus is described by Dr. Tom Chiller, head of the CDC's fungal branch. "It bubbled up and now it is everywhere," he added.

Erupting from multiple sources, C. auris is now found in nursing homes, hospitals and clinics around the world. Almost 50 percent of patients who contract the deadly infection — typically those whose immune systems are already weak — die from it within three months, note reports.

The infection is so invasive that confirmed cases and deaths have now been recorded in several European countries as well as in the US, India, Pakistan, Venezuela, South Africa and Japan.

© Sputnik / Sergey Guneev
US CDC Warns Drug-Resistant Bacteria Outbreak Tied to Mexican Weight-Loss Hospital
C. auris has also spread to long-term care facilities, including some nursing homes in the Chicago area where a frightening half of patients are reported to have tested positive, according to the CDC.

As yeast spores easily grow on standard medical equipment, including ventilators and intravenous lines, healthcare workers have become fearful for their own safety, noted the New Times report.

"I found myself not wanting to touch [a patient]," noted Dr. Matthew McCarthy, of Weill Cornell Medical Center in New York, adding, "I didn't want to take [the disease] from the [patient] and bring it to someone else."

"There was an overwhelming feeling of being terrified of accidentally picking it up on a sock or tie or gown," he said, cited by Nytimes.com.

The new drug-resistant superbug also has researchers scrambling to find where it came from.

© AP Photo / Boris Grdanoski
Scientists Warn of Danger of Pandemic Caused by Mysterious New Disease
"Somehow, it made a jump almost seemingly simultaneously, and seemed to spread and it is drug resistant, which is really mind-boggling," stated CDC epidemiologist.

Many scientists blame the rise of antibiotic-resistant superbugs on the overuse of antibiotics in factory-grown livestock, as well as their widespread use in industrial farming.

"We are driving this with the use of antifungicides on crops," Rhodes added, cited by Nytimes.com.