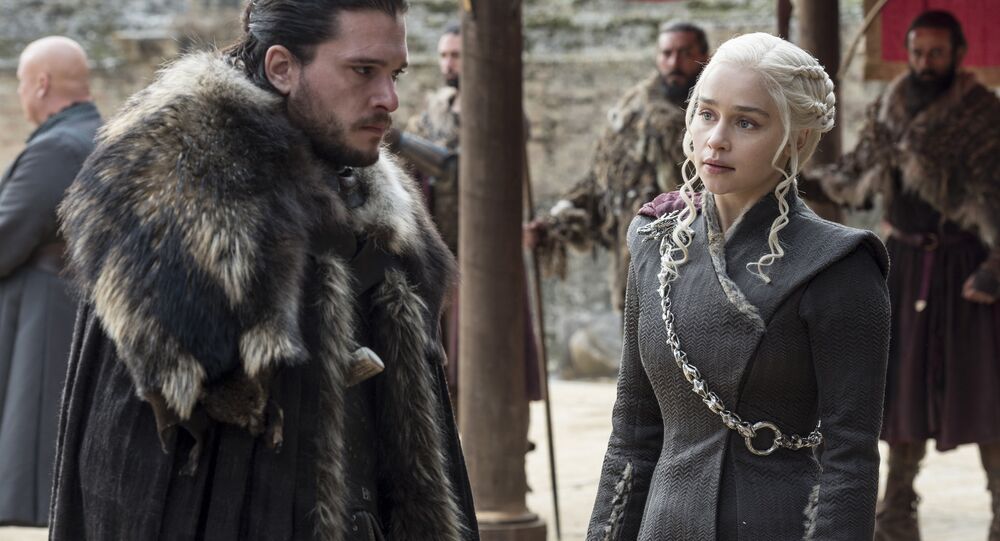 Arguably HBO’s most successful show, Game of Thrones, returns in several days with its eighth and final season – and it will have “a lot of death”, as Maisie Williams, a.k.a Arya Stark, has put it.

Overly-excited Game of Thrones fans have come up with another theory on Reddit after user Spiral66 spotted what may be a game-changing spoiler in a recent promo.

Season 8’s premiere is expected to feature Daenerys Targaryen, the Mother of Dragons, and her nephew-cum-lover Jon Snow arriving in the ancestral home of House Stark in the North, Winterfell. It is widely suspected that the two will take part in the big Battle of Winterfell against the army of White Walkers.

We must fight together now, or die. #GameOfThrones pic.twitter.com/Orp72rTcM8

So, the teaser features Daenerys and Jon standing by an open fire, which, fans believe, looks like the exact same fireplace as the one at Dragonstone, the ancestral seat of House Targaryen.

And the theory goes like this: if it is the same fireplace – and not a flashback – then Daenerys and Jon supposedly lost the battle of Winterfell to the army of the dead and were forced to retreat to Dragonstone.

“And sure enough, after looking up the Dragonstone fireplace, the carvings from both images matched. After that I checked what the Winterfell fireplaces looked like and they seem to have a much more traditional style so then I became certain this scene was at Dragonstone. Dany and Jon (who is briefly in this clip) at Dragonstone suggests that after presumably losing Winterfell, they retreat to Dragonstone and use it as their new base of operations likely in Episode 4. As others have noticed, Dany seems to be contemplative ― maybe even mourning over the lost battle and lives. Jorah or Greyworm maybe as some of the casualties?” Spiral66 told the HuffPost.

Redditers were quick to pick up the theory and were terrified by such a turn of events: “Holy sh*t! This is a game changer. So they retreat to Dragonstone after Winterfell falls?” one Redditer penned.

“This is weird I thought for sure this was Winterfell in her private chambers but if this was indeed Dragonstone it would be later than EP3”, another user wrote, while a fellow netizen added: “if this is the case, RIP Winterfell”.