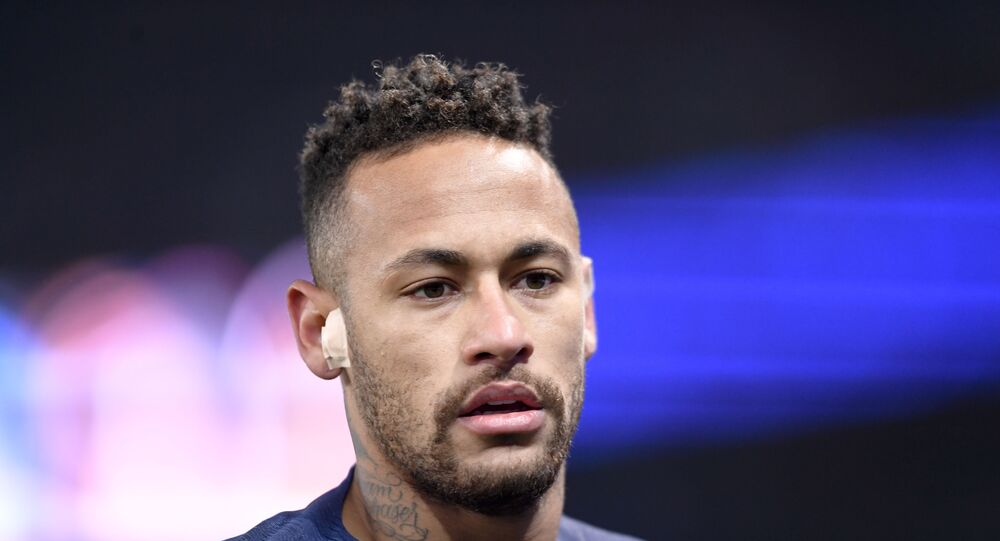 Brazilian President Jair Bolsonaro was standing by Netanyahu’s side as the latter voiced a hearty invitation for two top Brazilian sportsmen to come to his home country on a visit and “bring everyone with them”.

Brazilian President Jair Bolsonaro, who set off for a four-day state visit to Israel on Sunday, tweeted videos of Netanyahu voicing his invitation to the pair and the athletes accepting it.

Standing side by side, Bolsonaro and Netanyahu, who is soon running in the election, both invited the stars for a visit in the video, with Netanyahu saying: "Please come to Israel. You're both invited, Neymar and Medina: Bring everyone with you to Israel! Jerusalem waits for you". Neymar instantly responded, expressing his gratitude:

“Hello Bibi [Benjamin Netanyahu] and Bolsonaro, thanks for inviting us, Israel, we are coming", Neymar said, with his response arousing a storm of reaction online.

“You choose the side of evil”, one Twitterian wrote, adding that Neymar’s star kicks on the football pitch would be forgotten, unlike his support for “the mastermind of these cynical policies”:

according to ethnicity or religion, but not only: your new friend “Bibi” is the mastermind of these cynical policies, suspected of massive corruption and frauds.
You choose side of Evil, this up to you but no doubt that PSG fans will forget about your legs to trash out Neymar Jr.

Another Twitterian brought up Neymar’s former girlfriend, Brazilian actress Bruna Marquezine, who is currently touring Africa and helping children on a humanitarian mission:

“Marquezine will love the video of pro-Bolsonaro and pro-Bibi Neymar”, the user said tongue-in-cheek in Portuguese.

"Neymar and Medina are other s***ty Bolsominions”, another user mockingly put it, accompanying the post with a series of green vomiting emojis.

Another even recalled a Latin hymn “Vexilla regis prodeunt inferni", which translates as “King’s flags go to hell”.

Some made a timid attempt to explain Neymar’s move:

“Benj what! Neymar is young and does not want any troubles… so he does what is said to him!!!” one netizen weighed in.

“That's great!!! Neymar and Medina new passions of Bibi”, another dropped a comment.

Some, meanwhile, appear to have taken Neymar and Medina in the news as decent laughing stocks:

“I'm laughing and wanting to kill myself in the didi mocó mode after seeing the videos that involve Neymar-Medina-Bibi-Bolsonaigo (in Medina pronunciation) published today”, a different user stated.

"To fall in Jerusalem," one noted.