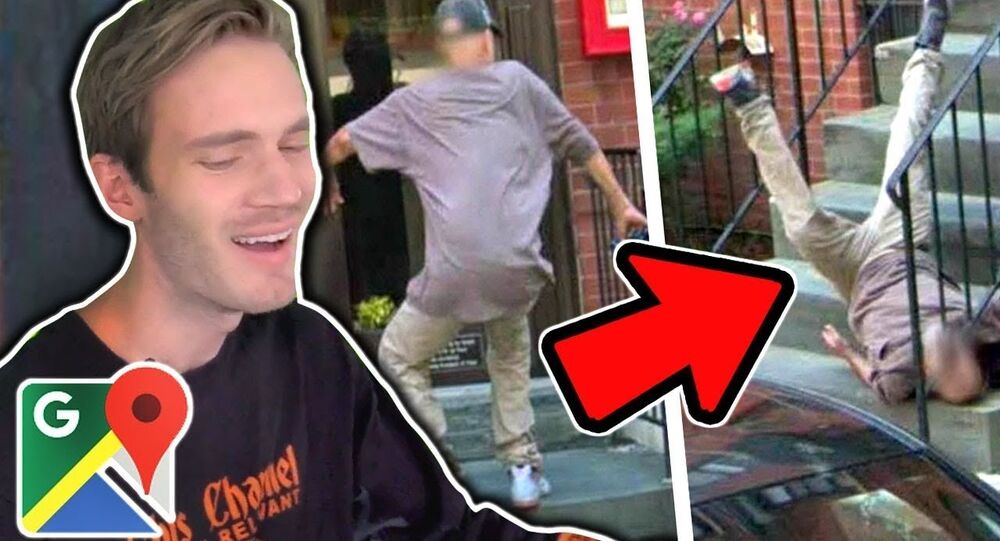 Launched straight after the Christchurch attack, the anti-Pewds petition was shortly countered by another one, worded and introduced by the Swede’s army of fans, striving to see their favourite vlogger retain the YouTube top spot.

A new petition to ban top YouTuber PewDiePie from the video-sharing platform, due to his content seen by the petition author and signatories as white supremacist, has gained some traction, having received over 68,000 signatures to date.

Maria Ruiz is the one who started the petition called “Remove White Supremacist” on the popular social change website called change.org three weeks ago, in the wake of the double mosque attack in Christchurch, New Zealand, when a shooter, a white supremacist, urged people during his Facebook  live stream of the massacre to subscribe to Pewds’ YouTube channel amid his ongoing battle for the fan base with Indian YouTube channel T-series.

As soon as the video of the shooter bringing up his name popped up online, Pewds tweeted his strong condemnation of the suspect’s, Brenton Tarrant’s, actions:

“Just heard news of the devastating reports from New Zealand Christchurch. I feel absolutely sickened having my name uttered by this person. My heart and thoughts go out to the victims, families and everyone affected by this tragedy”, he posted shortly. However, Ruiz appeared to have failed to take note of Pewds’ reaction, putting her straightforward petition as follows:

The petition further listed the reasons why PewDiePie, aka Felix Kjellberg, who has boasted being the face of YouTube since 2013, should be taken down from the platform, one of them being his alleged use of racial slurs, making rape jokes and “anti-Semitic cartoons”. The list of cited him as performing the Nazi salute, paying Indian men on the website Fiverr to display signs that said death to all Jews, making a man dressed like Jesus hold up a sign saying “Hitler did absolutely nothing wrong”,  etc.

“I believe that his actions constitute a clear and present danger to society. YouTube’s guidelines state, ‘if content is intended to be humorous or satirical’, it may remain online, ‘even if offensive or in poor taste’. However, ‘if the uploader’s intent is to incite violence or hatred, it will be removed’.  How long will YouTube remain negligent?” the petition asked, prompting Pewds’ supporters to come up with a reciprocal petition, asking change.org to remove Ruiz’s from the website and ubiquitously promoting the link on Twitter:

Twitter reaction naturally arrived in abundance, with many questioning the adequacy of Ruiz’s words and accusing her of defaming the Swedish YouTuber’s character and inciting hatred:

So apparently a character Maria Ruiz in the show Orange Is The New Black has started a petition to ban "white supremacist" pewdiepie content and she has gotten 56,000 dumb ass signatures & a trending article. ooookay. gawd. cre---azy world.

Maria Ruiz is a person who is doing a petition of hate and defamation to a Youtuber call @pewdiepie.I am just a person that don't want to see our hero defamed from a ignorant person.!Sign the petition! https://t.co/ZS656HcRdU @ChangeorgLatino @FanPew @FanPewdepie #pewdiepie

One even addressed Maria Ruiz personally, calling her “retarded” and attempting to finally draw her attention to the fact that Pewds is famous for his “edgy sense of humour” rather than white supremacism.

You're so god damn retarded. If you would use more than two brain cells you would see that "hey, this guy isn't a white supremacist at all, he just has an edgy sense of humor"

In the meantime, PewDiePie has again outrun T-Series in their neck-in-neck race for the YouTube crown, which has been going on since September. The Swedish individual creator boasted 92,901,720 subscribers versus T-Series’ 92,561,859 at the time of publication.

The Swede’s fans appear to have bright expectations for the future, hoping that an individual creator, rather than a legal entity will retain the status of the most-subscribed YouTube channel.