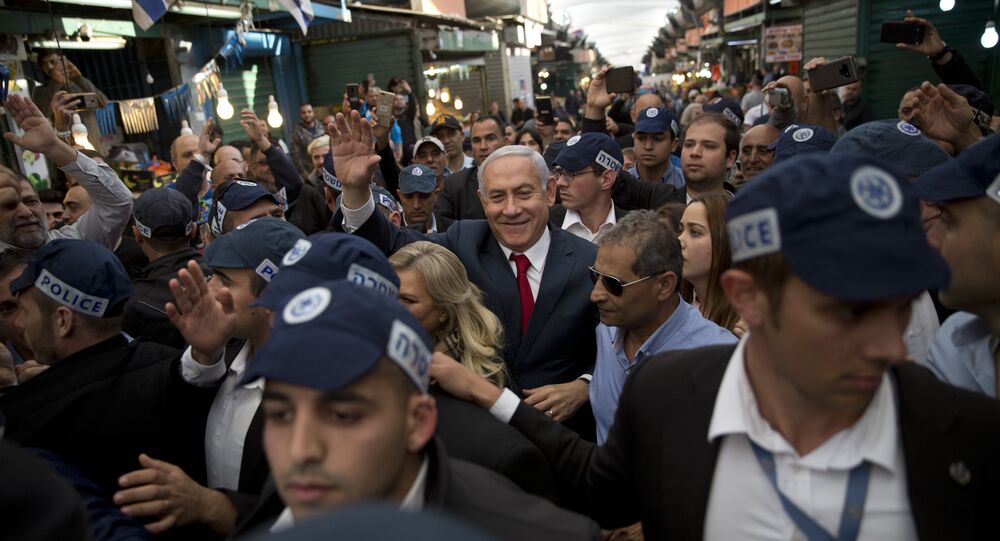 Israel will hold a general election on 9 April, with Prime Minister Benjamin Netanyahu seeking a fourth straight term and his fifth overall despite rising corruption charges against him.

The prime minister and his wife Sara visited the Hatikva Market in Tel Aviv on 2 April. During the slow stroll by Bejamin Netanyahu, who was encircled by bodyguards and the crowd in the market, a woman hurled a tomato at the prime minister. A video of the incident has been published online.

During their short tour, which lasted less than ten minutes, Netanyahu was surrounded by his security detail as the people shouted: "Bibi is the king of Israel", Haaretz reported.

Netanyahu still has a good chance of securing the support of a majority of parliamentarians, which is necessary to earn the right to form a government in Israel.

In December, Netanyahu announced snap elections for 9 April amid corruption accusations against him. Initially, the parliamentary elections were supposed to take place in November 2019. According to the Central Elections Committee, it has received a record 47 lists.