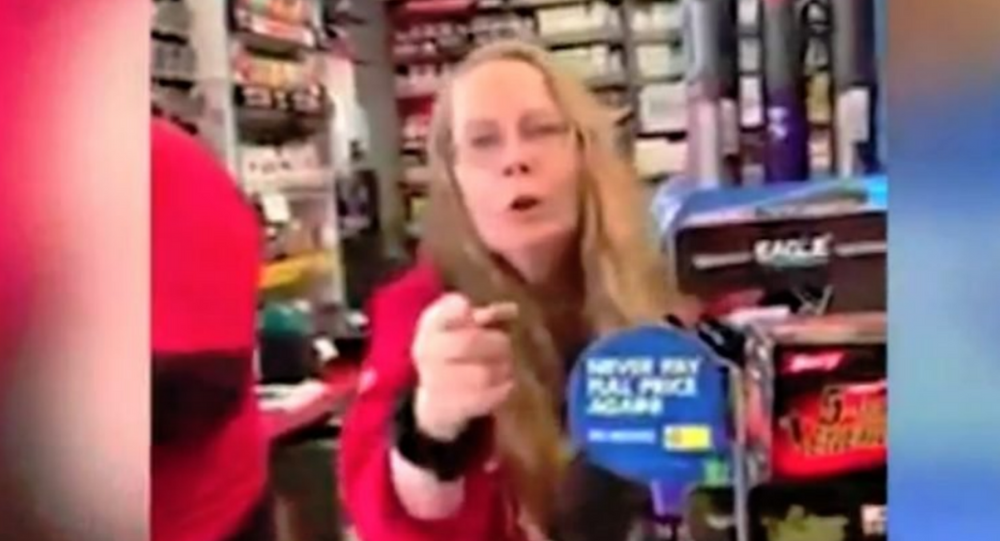 On Thursday, a California resident was berated by a Shell gas station employee for having a conversation with another employee in Spanish.

According to San Jose resident Grecya Moran, she was greeted in Spanish by an employee at the gas station and carried out a short conversation in Spanish with them, before she was interrupted by another employee, who demanded she speak English instead.

"I even went up to her and I apologized," Moran told ABC 7. "I said, 'Excuse me, I'm sorry. All she was saying is- she was greeting me in Spanish. How my day's going.' And she said, 'I don't care. You talk in English, because this is America.'"

"She started saying something about, 'Trump needs to hurry up and build the wall.' That's when I was like, oh my God, she's being serious," Moran added. "I just got my phone, started videotaping her."

The altercation, which was caught on camera by Moran and shared online, took place while Moran was carrying her 18-month-old son in her arms.

At one point in the video, the employee flips Moran off before asking her to show proof of her US citizenship.

"I was born here," Moran can be heard saying, to which the employee responds, "Then prove it to me, motherf****r!"

According to an unidentified manager at the gas station, the employee was fired the day of the incident, ABC7 reported, although it is unclear if she was fired because of her behavior in the video.

Moran has filed a police report with the San Jose Police. According to the department, it is still processing Moran's claim, but the incident may be treated as a potential hate crime, ABC 7 reported.