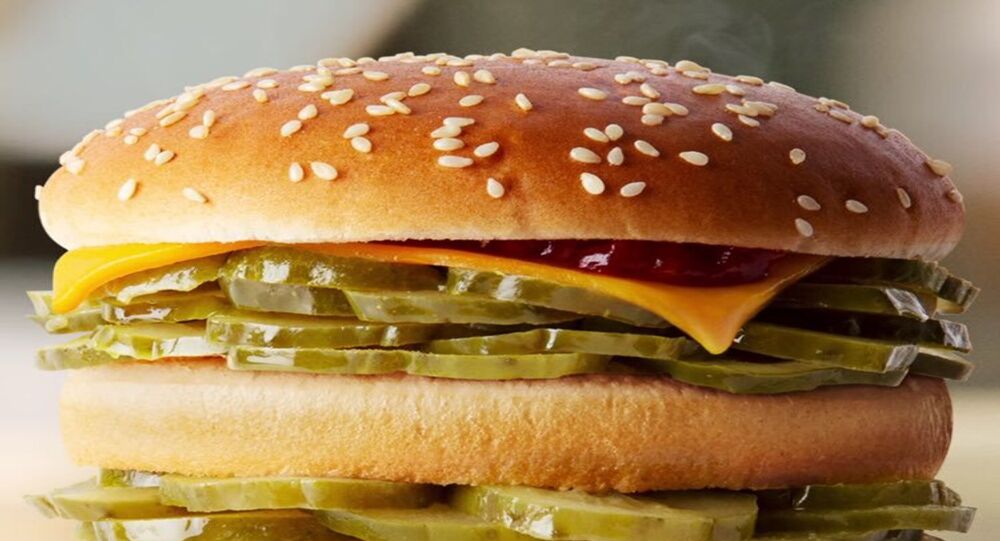 The fast-food chain posted a video on its Australian account showing a “brand new McPickle burger” consisting only of pickles, cheese, ketchup sauce and toasted sesame seed buns, disappointing some net users after later declaring that the sandwich was merely a joke.

“Pickle lovers, it’s the news you’ve all been waiting for. We’re super stoked to announce the launch of our brand new McPickle Burger,” the Instagram post read. “It’s time to tuck into juicy, flavoursome pickles layered between melted cheese, ketchup sauce and toasted sesame seed buns. It’s sure to be a treat for all your senses,” the caption below the Instagram post reads.

Pickle lovers, it’s the news you’ve all been waiting for. We’re super stoked to announce the launch of our brand new McPickle Burger. It’s time to tuck into juicy, flavoursome pickles layered between melted cheese, ketchup sauce and toasted sesame seed buns. It’s sure to be a treat for all your senses. #dailynuggets #mcpickle #pickleoverload #maccas #imlovinit

The video seemed extremely convincing as it was made in the same commercial-like style as other McDonald’s announcements. Many net users commented that it was a great idea, leaving comments like “I’m gonna order 1000”, “Omg it’s a burger designed for me,” “it’s perfect” and that “pickle problems” have been “solved”.

READ MORE: Camels Escape Circus in Germany to Hang Out at McDonalds

Interest in the burger became so great that the company had to admit that it was an April Fools’ Day prank by adding “available until yesterday”, disappointing pickle-lovers who noted that “it shouldn’t be a joke” and that “even though this is a definitely an April Fools’ joke, I would order this and you know it.”

McDonald’s Australia said in a statement to news.com.au that they were glad Australian customers enjoyed the joke, but wouldn’t indicate if they would include the McPickle on the menu in the future.

“We know there’s a lot of love out there for our famous pickles, and the McPickle Burger has certainly got people talking about them. We’re glad Australians have enjoyed our April Fools’ joke!” McDonald’s said.

Meanwhile, McDonald’s rival, Burger King, also announced a so-called “impossible Whopper”  —  a plant-based version of the brand’s iconic hamburger.  The burger is made with a popular Impossible Burger patty, which consists of soy protein, coconut oil and heme derived from plants. However, it was only available at 59 Burger King restaurants in and around the St. Louis area. It has not been reported if the chain plans on rolling out the plant-based patty to a larger market.