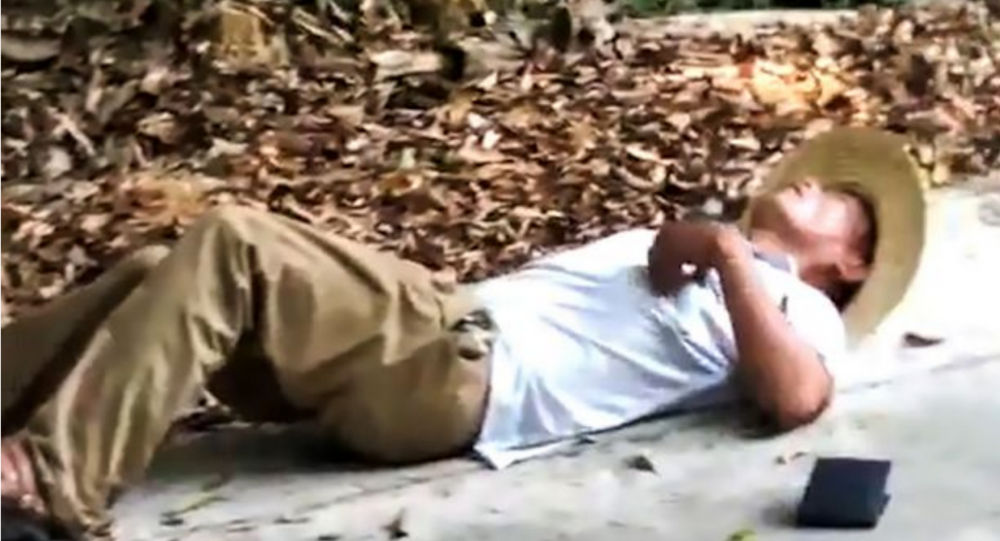 A 47-year-old Chinese man was bitten and killed by a king cobra after casually posing for a photo with the venomous snake on March 26.

​According to multiple sources, the victim, identified by the name "Pan," posed with a six-foot-long king cobra in Tunchang county, one of the four counties of Hainan province, in southern China.

Video footage of the incident obtained by Asia Times shows Pan holding the snake by its neck, with one foot pinning its body down, getting ready to snap a photo. The footage then cuts to Pan lying on his back, twitching as the venom travels through his body, while the snake sits motionless by his side. Witnesses standing by can be heard talking and presumably calling for an ambulance.

The case is currently being investigated by authorities, Asia Times reported.

The king cobra is native to many parts of India, Southeast Asia and southern China and is the world's longest venomous snake.

Although not typically aggressive in nature, preferring to escape from threats, the king cobra's bite delivers a dose of a neurotoxin that is one of the most potent snake venoms in the world.