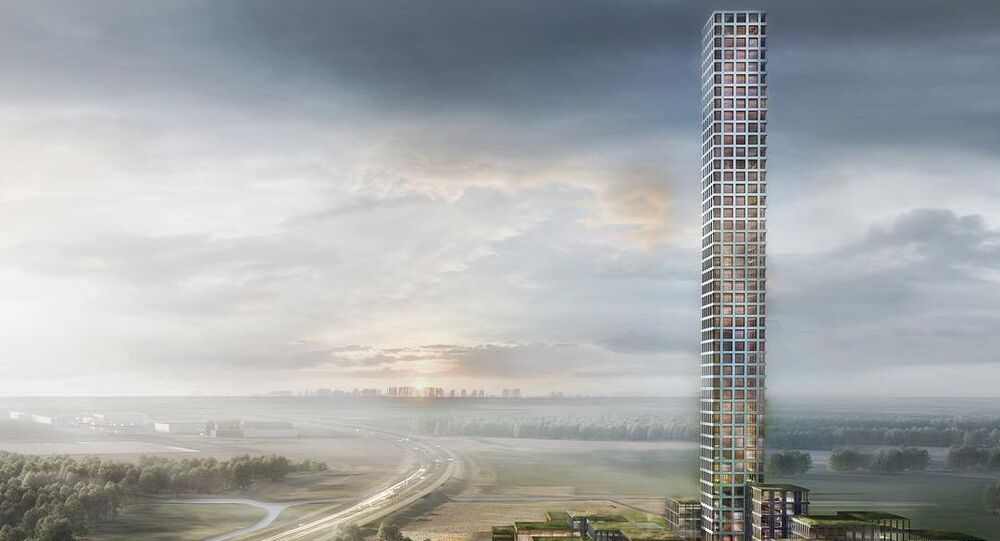 'Babel Tower' in the Middle of Danish Nowhere Polarises People

The humongous "Tower and Village" project by Danish fashion company Bestseller is set to become one of Western Europe's tallest buildings, beating out even the Eiffel Tower. However, the future skyscraper has triggered strong reactions and was even likened to Sauron's tower from Lord of the Rings.

Towering over the Danish countryside and visible from 60 kilometres away, the 320-metre Bestseller tower, designed by architectural studio Dorte Mandrup, is set to become not only the tallest building in Denmark, but in the entirety of western Europe. For the sake of comparison, it's over 10 metres taller than London's Shard.

From the middle of Jutland, the giant tower is set to put Brande on the map of Denmark, Bestseller construction head Anders Krogh Vogdrup said after the project was clubbed by the local council. In addition to the 320-metre tower, Bestseller was granted permission to erect several five high-rise buildings ranging between 40 and 75 metres, with a total area of 600,000 square metres.

Bestseller was founded in the town back in 1975, but has since largely overgrown its local origins. Its owner, Anders Holch Povlsen, is Denmark's richest man. Krogh Vogdrup stressed that the company is happy to have its home in Brande, adding that the company feels part of the local community.

The chairman of the local technology and environment committee, Henrik Engedahl, ventured the tower would "give more than it will take".

"You could also put it in Odense or Hamburg, but now we get it here, and it will create lots of activity and workplaces both during the construction and afterwards", Engedahl told the Politiken newspaper.

While almost universally hailed by local politicians as an economic boon, the tower has been met with scepticism in both architectural circles and by ordinary Danes.

Tyge Dahl, the head of the West Jutland Department of the Academic Architectural Society, stressed a conspicuous absence of a broader discussion. Meanwhile, Aarhus architect Trine Kammer said that such a "violent intervention" as the Bestseller tower wasn't given enough discussion.

"It is completely unfounded with a high-rise building. There is no urban planning idea in it", Kammer told Politiken.

Erik Bjerager, the editor-in-chief of the Kristeligt Dagblad Christian newspaper, dubbed it "the tower of Babel", calling the oversized building a symbol of vanity.

On social media, the building was compared with the tower of Sauron from Tolkien's Lord of the Rings. A Danish spoof news website even published a mock interview with Sauron about him moving to Brande County.