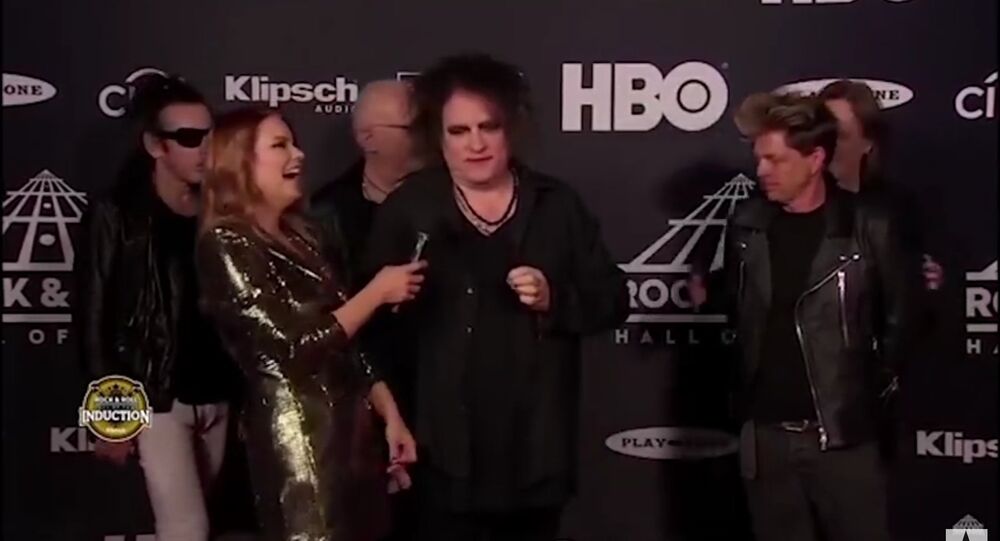 The shock frontman joined his group's induction ceremony at the Barclays Centre in Brooklyn, along with other famed artists such as Janet Jackson, The Zombies, Stevie Nicks, Deff Leppard, Radiohead and others.

Robert Smith, lead singer of the UK goth rocker band The Cure, went viral on Friday night after giving an astonishingly "deadpan" interview to commentators at the Rock & Roll Hall of Fame.

When Mr. Smith was approached by an overzealous interviewer Carrie Keagan, she asked him how thrilled he was to attend the event.

“Congratulations The Cure, Rock & Roll Hall of Fame inductees 2019, are you as excited as I am?” the interviewer asked Mr. Smith.

Mr. Smith replied with a serious, calm face: “Um, by the sounds of it, no.”

The interviewer, obviously surprised by his response, chuckled and continued the talk, asking “Oh, no, what are we going to do?”

Smith bluntly replied: “I’m sure we’ll get there eventually. It’s a bit early, isn’t it?”

Twitter erupted with Cure fans who praised Mr. Smith for his brutal honesty. "This is the funniest start to an interview I have ever seen," one Twitter user said. "I love Robert Smith, man!"

Mr. Smith said during his induction speech that he thanked his fans and “everyone who bought a record”. Tim Pope, long-time video director for the band, said that it was his "favourite movement" from the awards ceremony.