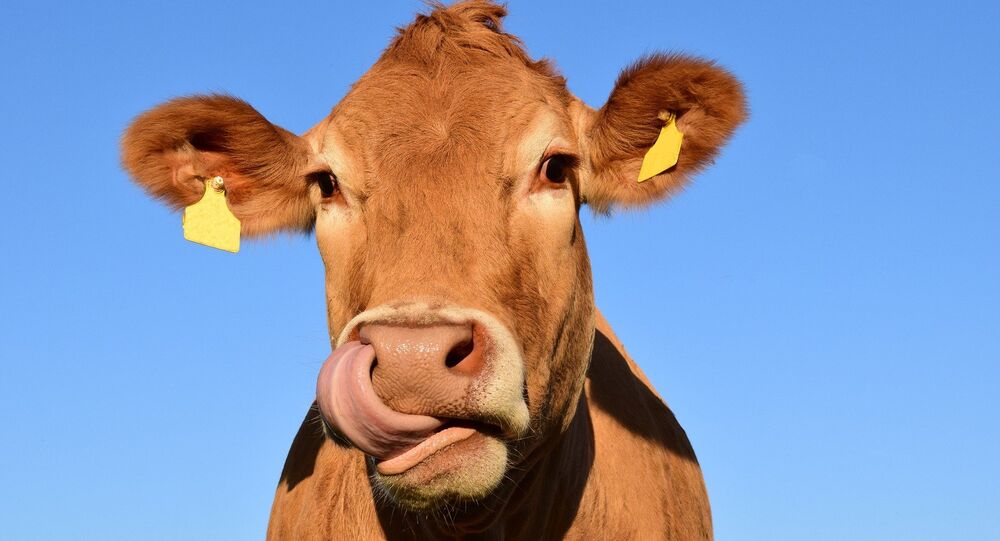 The animal rights group PETA comes in for some reliable but unintentional hilarity on a routine basis and its new pitch does not disappoint.

Notorious animal welfare group People for the Ethical Treatment of Animals (PETA), known for polarizing propaganda campaigns, has again caught flak in its ongoing call to abolish the practice of drinking milk by posting an illustration of an elderly man sucking on a cow udder in the shape of a human breast.

You read that right. Not a cow udder, but a human breast.

It's what you're doing if you drink cow's milk ✋ Raise your hand if you know that humans shouldn’t be drinking cow’s breast milk. It was made for their babies—not you!

​"Looks weird right?" the caption reads. "It's what you're doing if you drink cow's milk Raise your hand if you know that humans shouldn't be drinking cow's breast milk. It was made for their babies-not you!"

According to the reactions of netizens, while the drawing is certainly eye-catching, it does not convey how drinking the milk of a cow — even if it had the breasts of a human female — harms the animal.

The brazen ad campaign backfired spectacularly, in spite of the fact that an overwhelmingly large number of twitterians found the image surprisingly ‘hot,' according to reports.

I really didn't want to have this sexual awakening today

I am rock hard

you got any more of these pictures or…

​Some twitter users noted that half of the illustration's strangeness stems from the fact that it's an elderly person doing the sucking, adding that the same situation might look less strange with a different character.

Y'know if you drew a guy that old sucking on a lactating human breast — that would also look weird, right? https://t.co/QbZsdq71LH

​Several responses noted that the image could be made even odder if the man was sucking on an almond — an obvious reference to the popular vegan-friendly almond milk.

Would look even weirder if he was sucking on an almond.

This is going to make me drink milk SO MUCH HARDER. Show some vegans sucking an almond teet, just to keep all things equal 🤷🏼‍♀️

​Others noted that the old man reminded them of a certain US politician.

TwitterScreenshot/PETA
Haven’t You Got Bigger Fish to Fry? PETA Mocked For Demanding End to ‘Speciesist’ Language (PHOTOS)
​This is not the first time PETA has undertaken a highly-controversial approach in what they assert is the protection animals. In October 2018, the organization compared drinking dairy to white supremacism, saying milk has allegedly been used by white supremacists as a "symbol," urging people to drop dairy entirely, to an almost-predictable bewilderment of social media.

In December 2018, PETA called animal idioms in the English language "Anti-Animal language" to "racism," offering people to use altered idioms instead that would replace killing with feeding and animals with plants.

The December initiative faced a massive tongue-in-cheek backlash from those vegans who protested an apparent abuse of plants.