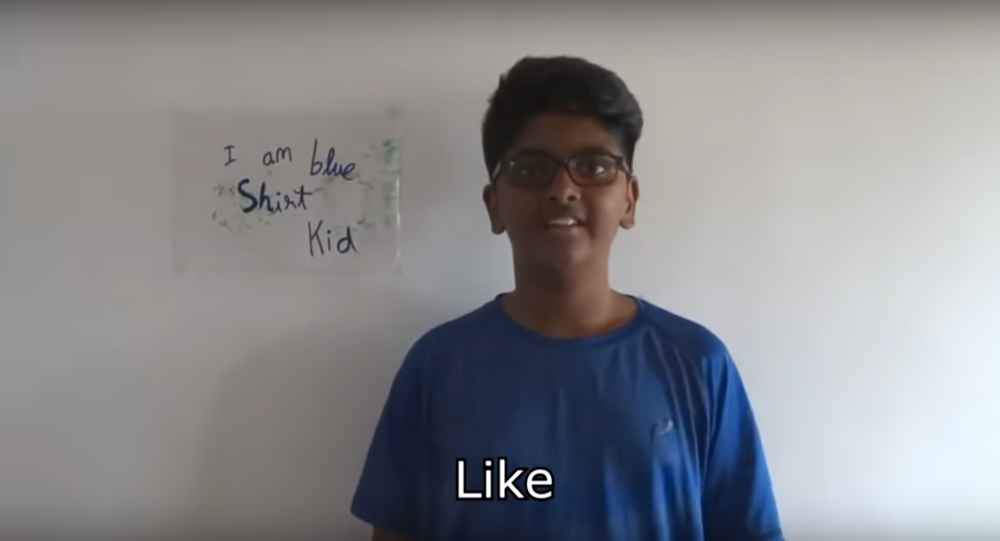 Blue Shirt Kid, a participant in an Indian street interview who expressed his support for PewDiePie in his Great Subscriber War against Indian music label T-Series, has become incredibly popular among the Swedish YouTuber's fans.

In his latest episode of Meme Review, PewDiePie featured a special guest, an Indian boy, nicknamed "Blue Shirt Kid", who rose to prominence after appearing in an Asian Boss video on Indians’ thoughts about the T-Series subscriber war.

Following in the footsteps of Ben Shapiro and Elon Musk, Blue Shirt Kid reviewed a whole bunch of memes dedicated to him that started flooding in after he spoke out in support of Pewds on 5 March.

@pewdiepie blue shirt kid should be a correspondent

The blue shirt kid show up as host meme review everyone 👏🏼👏🏼👏🏼 pic.twitter.com/bkMVird5L3

Blue Shirt kid made it to meme review 😅😅 pic.twitter.com/8RL2Qj8IDD

As the war for the most subscribed channel between Indian music and movie label T-Series and PewDiePie escalated, YouTube channel Asian Boss shared public opinion videos in which several street interview participants expressed their views on the ongoing competition.

In the viral video, one of the interviewees, an Indian boy dressed in a blue shirt, said he supported Pewds and provided a number of reasons why, to his mind, T-Series' subscriber base was rapidly growing, including the YouTube algorithm and spread of Jio telecommunications network in India.

"Okay, first of all, the YouTube algorithm. They post like 20 videos a day.[…] The top individual creator is since PewDiePie, so it doesn't make a difference. And even if he's not, he's making the same content, it doesn't matter if he's above or below T-Series in any way. Not to me at least", he said.

Several days later, PewDiePie posted his reaction to the opinion poll, in which he heaped praise on the Blue Shirt Kid:

"This kid knows what's up! […] Finally, someone speaking some truth here. […] Damn, this kid is so smart. YouTube, hire this kid!" he said.

Pewds' reaction spawned memes hailing the kid, with many suggesting that he should host the Swedish vlogger's popular Meme Review series.

© Photo : YouTube/Grandayy
PewDiePie Stars in MUSIC VIDEO Dissing New EU Copyright Law
PewDiePie has been engaged in an 11-month-long battle with T-Series for the title of the most subscribed YouTube channel.

Pewds has had the most subscribed channel since 2013, while T-Series saw a massive surge in its follower base last year due to India’s emerging online presence.

Earlier this week, T-Series outstripped the Swede in the ongoing race, with the subscriber gap reaching 19,000 by the time of publication.