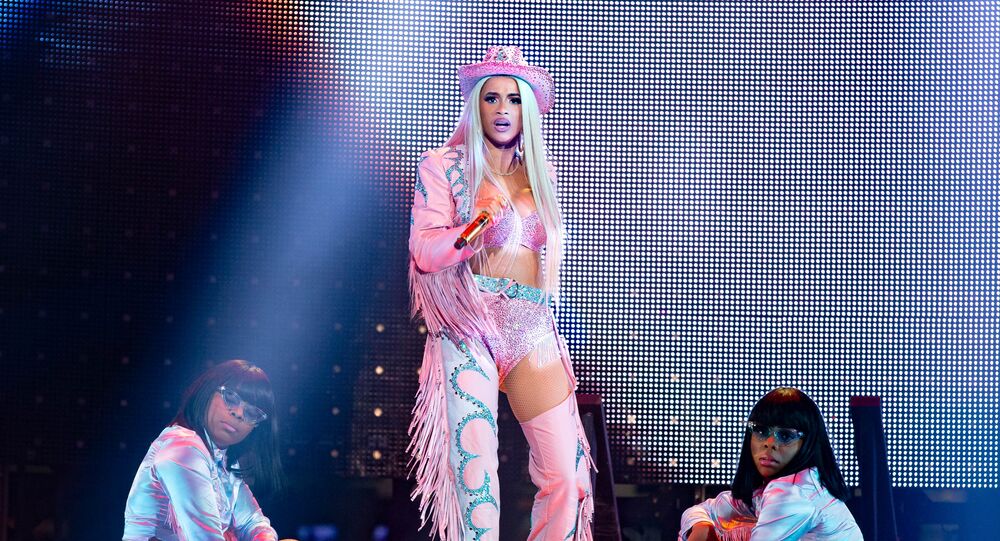 Cardi B’s ballistic confession comes shortly after the Grammy-winning rap diva announced she would be writing a book to tell the story of her life – and some parts of it were really dark.

Cardi B went nuclear during an Instagram Live session this weekend, revealing some explosive details about her past: the rapper claimed that in order to fund her future, she used to drug men to steal their money when she was a stripper.

CardiB says she used to what? 👀 pic.twitter.com/NJWigTlb9Z

The revelation gave birth to the hashtag #SurvivingCardiB in an apparent allusion to the title of the six-part Lifetime documentary “Surviving R. Kelly”, which detailed sexual abuse allegations against American singer Robert “R.” Kelly.

In light of the admission, people have flooded social media platforms with calls for Cardi to be “cancelled” and jailed:

I just don’t understand how she can get away with ALL these crimes she did. Really disgusting. Really sad. #survivingcardib

@iamcardib you are canceled and I hope you lose everything. #SurvivingCardiB

Boycott Cardi B. She should be in jail

my thoughts is that im absolutely never gonna be a fan or support her again #survivingcardib pic.twitter.com/MkZgDs8lAx

Many others pointed to double standards, stressing that if a man had committed what she had done, MSM and people would be going crazy and demanding for justice for the victims:

why isn’t anyone talking about #CardiB and her drugging men then robbing them… like if this were a man for example… this would be a different story. waiting for #survivingcardib

I can’t believe Cardi B openly admits she drugged, raped and stole money from men but there’s no news sources reporting this? If a man did this or even ONE of these everyone would be going crazy. The double standards are insane. Do men justice and lock her up! #SurvivingCardiB

If it was a man who went on online and admitted to drugging & robbing women’s they would be locked up in a sec, give justice to those who’s a victim! Passing her decease around like it’s candy! CANCELED #SurvivingCardiB pic.twitter.com/SoorvV2H11

so Cardi B admits that she used to have sex and then drug men to steal their money but females are being silent? Toxic femininity.

Reacting to the public outcry and efforts to cancel her, Cardi B seemed to be unfazed:

The confession came amid backlash she’s faced following her announcement of plans to write a book about her life:

“I am a rapper. I am a b*tch that came from the streets that came to the industry. I wasn’t a Disney channel star. I wasn’t a nun. I wasn’t a saint”, she said of her upbringing in an Instagram Live session.

I never claim to be a angel I always been a street bitch Ya be glorifying this street rappers that talk and do that grimmey street shit but they can’t stand a street bitch!