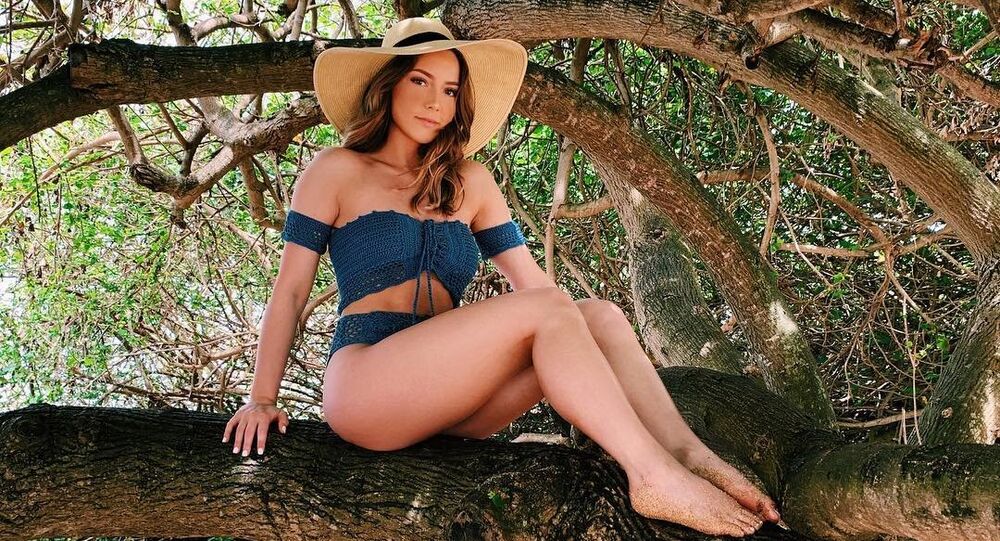 The social media influencer posted impressive pictures to Instagram before going on vacation.

Eminem's 23-year-old daughter Hailie Scott Mathers has uploaded a couple of pictures of herself sporting powerful abs as she takes a "much needed vacation".

The social media influencer poses wearing only a revealing yellow bikini, but her impressive workout results are what really attracts the eye, suggesting there's a lot of sweat behind these shapes.

Mathers has recently told her 1.4 million followers that she was in desperate need of a vacation and that she was going "somewhere exotic". Judging by her other post captioned "aloha", the Instagram celebrity is likely heading to Hawaii. Apparently Mathers plans to get a tan over her hard-earned physique.

Hailie, who graduated from Michigan State University, is reportedly seeking to forge a path on social media, promoting beauty products. According to a Daily Mirror report, her plan has so far proven successful, with a number of beauty brands associating themselves with Mathers.

Got a ring light and decided to take some selfies📸

Hailie Scott is the daughter of Marshal Mathers, better known as Eminiem, and his two-time estranged ex-wife Kim. For years the hip hop star featured lyrics in several songs about his daughter, so she has been well known to his fans since she was a baby, the Daily Mail report notes. The two reportedly maintain a "very close" relationship, but Hailie is said to be seeking success independently of her father's fame.