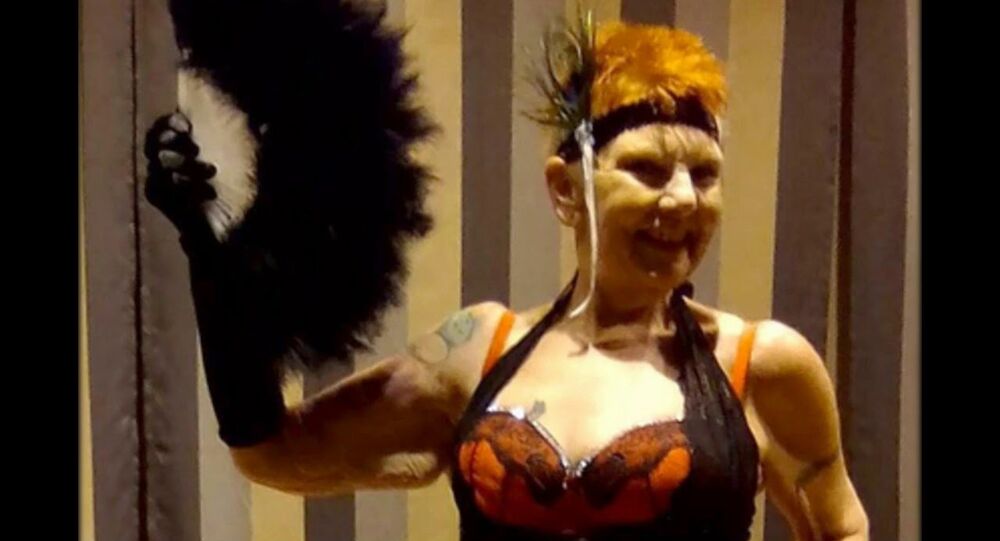 Age is Not an Issue: 'Burlesque Granny' Rocks the Stage in UK

As the septuagenarian herself explained, burlesque dancing helped her to “tone up”, claiming that it really “should be on prescription”.

Marilyn Bersey, a 71-year old grandmother from the Isle of Wight, England, has probably become the UK’s oldest burlesque dancer after she suddenly decided to take up this activity to make herself "feel sexy again".

According to the Daily Mirror, she described burlesque dancing as a “tease without sleaze” and that it “should be on prescription” for other pensioners.

"Burlesque encompasses everything I want to do. From the first day I was hooked. I suddenly felt feminine and so glamorous", she said. "Before, I'd felt like I'd lost all my femininity. Since my husband was ill there was nothing to make me feel glam".

© Sputnik / ALexander Vilf
Russian "Striptease on Ice" Champ Reveals How Much Sex a Girl Needs
All of this changed, however, when she found a burlesque group ad on Facebook and decided to join.

As Bersey explained, she now has comedy burlesque chair routines which she performs at charity events and parties, one of them involving her stripping down to her burlesque outfit to the "Ghostbusters" tune.

"The other routine is the Burlesque Granny. I'm an old lady with a walking frame and do part of the routine as a grandma then the music changes and I take off my wig and glasses and strip down to my stockings and corset for the burlesque routine using the walking frame Then I rip my bra off and reveal the nipple tassels", Bersey explained.

She also remarked that this activity helped her to “tone up” and that her grandson now thinks she’s “the coolest gran ever”.

Social media, however, did not seem particularly thrilled with Bersey’s choice.