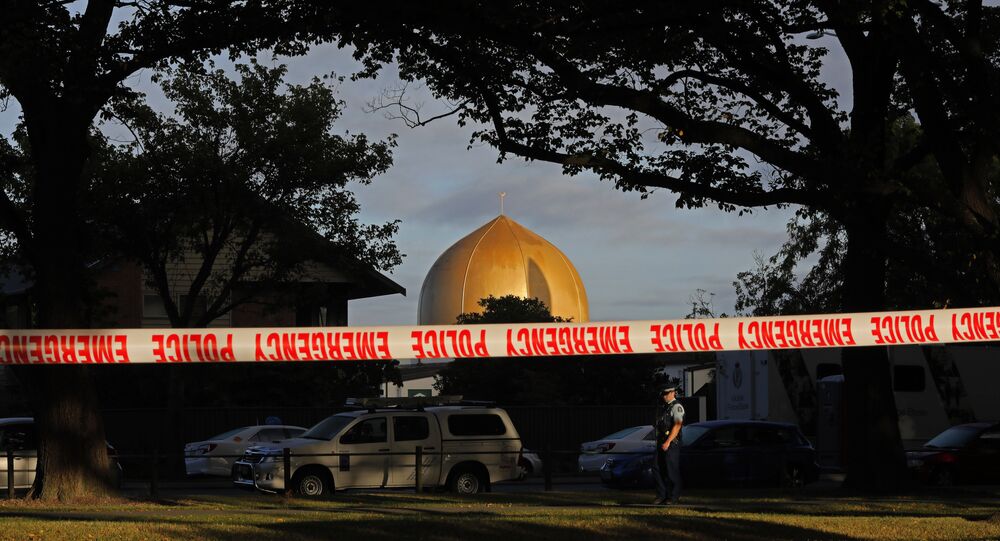 At least 50 people were killed and 50 more wounded after a gunman went on a shooting spree at two mosques in New Zealand’s Christchurch on 15 March. A week later, the country banned the gunman’s 74-page manifesto, which is filled with anti-immigrant and anti-Muslim ranting.

A recent decision by New Zealand's Chief Censor David Shanks to ban a manifesto written by the terror suspect behind the deadly 15 March Christchurch attack on two mosques has already sparked a public uproar.

The ban, in particular, stipulates that those caught with the document on their computer could face up to 10 years in prison, while anyone caught sending the manifesto could get 14 years behind bars.

Most Twitter users lashed out at what they described as an authoritarian move, which they claim constitutes a crackdown on freedom of speech by  New Zealand authorities.

There is a biblical saying that the road to hell is paved with good intentions….

Oh, and also? People can still legally own a gun in New Zealand.

Should we be surprised that shortly after banning all firearms, New Zealand ended free speech?

This kind of censorship and division is exactly what the shooter wanted. Good lord.

Dangerous road to take, what will be the next issue that is deemed unworthy of the public to see?

NZ just walked into the trap. Terrorism has won.

They came for the guns and now their speech. That is the same thing the left wants to do here. Scary overreach and knee jerk reactions often destroy freedom.

This doesn't stop hate, not remotely. It pushes it further underground where it is harder to detect, harder to get a warning. Hate is part of the human condition, it will always exist. Exposure and dialogue are the most effective methods we have for addressing terrorism.

Mein Kampf can be bought in New Zealand. As a person who's family died in concentration camps, I decided to read that book. I'm glad it wasn't banned.

Its education and empathy that fight hate and ignorance. Not censorship.

How authoritarian.
Congrats, New Zealand…you made a crazy Aussie your king.

“This kind of censorship and division is exactly what the shooter wanted”, one user tweeted and was echoed by another who described censorship as a “very dangerous beast”.

Stephen Franks, a New Zealand constitutional lawyer and spokesman for the Free Speech Coalition, for his part noted that “people are more confident of each other and their leaders when there is no room left for conspiracy theories, when nothing is hidden”.

“The damage and risks are greater from suppressing these things than they are from trusting people to form their own conclusions and to see evil or madness for what it is,” he pointed out.

Announcing the decision to ban 28-year-old Australian national Brenton Tarrant’s manifesto on Thursday, Shanks underscored that “there is an important distinction to be made between ‘hate speech’, which may be rejected by many right-thinking people, but which is legal to express, and this type of publication, which is deliberately constructed to inspire further murder and terrorism”.  According to Shanks, Tarrant’s manifesto “crosses the line”.

Shanks urged New Zealanders to “play a part in denying those who exhort hatred, killing and terror”. He warned the citizens “not to support the murderous objectives of its author by republishing or distributing it”.

New Zealand Gov't Agrees 'in Principle' on Tougher Gun Laws - Prime Minister
Earlier, New Zealand's Prime Minister Jacinda Ardern vowed never to refer to the Christchurch mosque attacker by his name, pledging that he would face "the full force of the law."

Last week, a New Zealand court ruled that the gunman should stay in custody without plea until 5 April after he was charged with murder following the 15 March Christchurch attacks which killed 50 people at two mosques and injured 50 more.