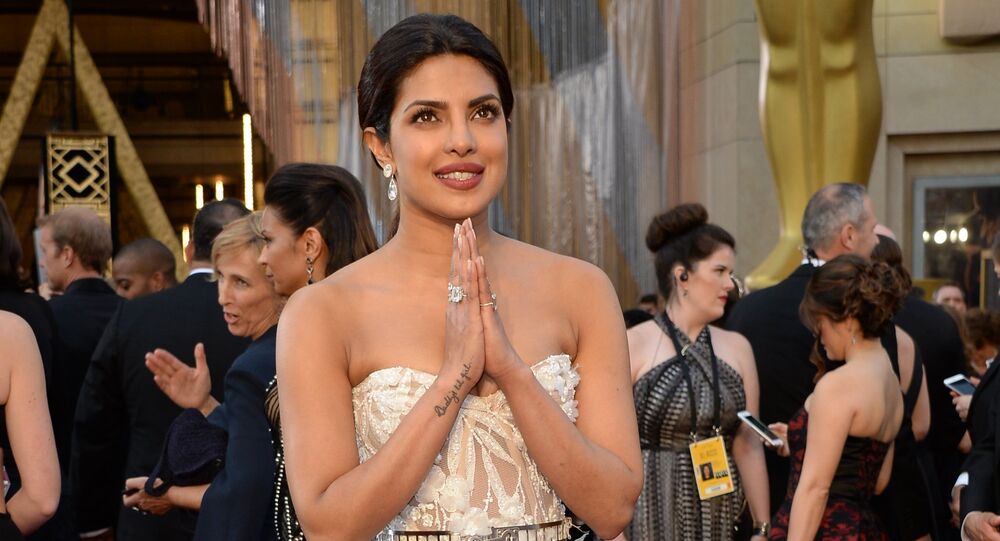 While the actress herself debunked rumors of a rift between her and the Duchess of Sussex, a source also revealed that Meghan Markle considers Priyanka Chopra one of her closest confidants.

Indian actress Priyanka Chopra has made short work of rumours of some kind of feud between her and longtime friend Meghan Markle, during her appearance on “Watch What Happens Live” with Andy Cohen.

"Oh, my God. No, it’s not true", the actress said when a caller asked whether the rumours about her being upset at Markle for not attending Chopra’s wedding with Nick Jonas.

Also, a source told E! News that Markle’s absence at Chopra’s wedding cannot be regarded as an indication of some sort of rift between the two ladies.

"Just because Priyanka didn't go to the shower, or that Meghan couldn't come to her wedding(s), doesn't mean anything about their friendship. They're still very close friends and Meghan considers Priyanka one of her closest confidants", the source explained.

© AP Photo / Matt Sayles/Invision
Priyanka Chopra Enjoys Sexting Hubby Nick Jonas - Reports
Signs of an alleged feud between Chopra and Markle emerged after the latter did not attend the Indian diva's wedding to singer/songwriter Nick Jonas last December despite the fact that Priyanka had earlier made it to Meghan's wedding with Prince Harry.

The former Miss World declined to be a part of Meghan's baby shower last week, explaining that she was ‘swamped' with meetings in Los Angeles, leading to speculation that the friendship between the two “is over unless Meghan apologises”.