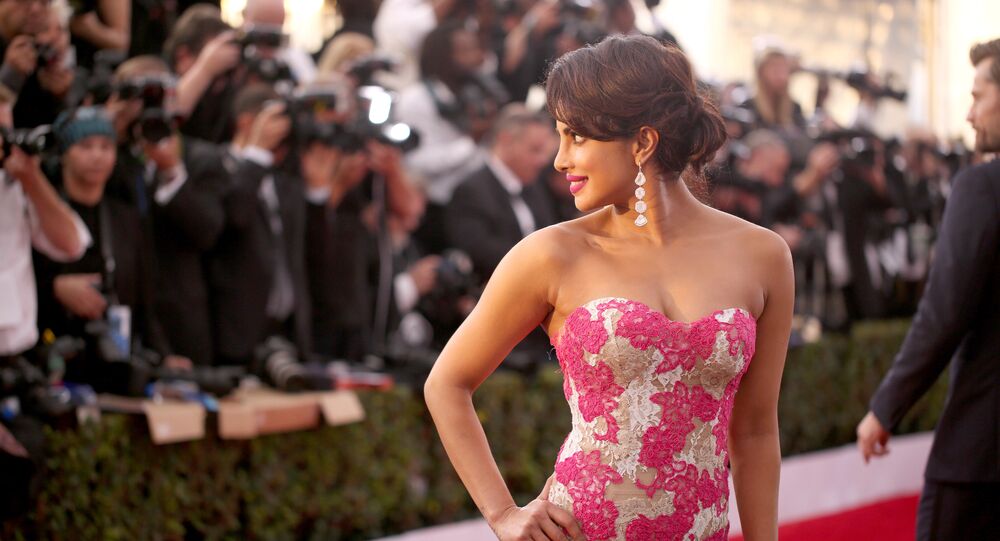 The Indian actress married to American singer & songwriter Nick Jonas revealed some ‘racy’ dimensions of their relationship as a newly married couple. Jointly known as ‘Nickyanka’ they got married in December last year in an elaborate wedding ceremony spanning days and multiple locations.

​When the talk show host asked her if she believed in sexting or FactTime sex when they were not together, she blurted out a resounding, "For sure."

She admits that she helps her hubby Nick Jonas to ‘manscape' but immediately clarified that she did it once only just from the back of his head. "No — once, I did once. Just his fade, back there," she said.

© AFP 2021 / JC Olivera/Getty Images for Universal Music Group/AFP JC Olivera / GETTY IMAGES NORTH AMERICA / AFP
Serena Williams Joins Priyanka Chopra as Social App Investor to Back Women in Business
When the celebrity was asked to point out which one among the Jonas brothers apart from hubby Nick got her the best celebratory gift for their wedding day, she quipped, "Well the good thing is, Kevin got us hundreds of bottles of wine, and Joe got us an amazing fridge which looks like a car to put it all in."

In one of her interviews, the former Miss World advised women that they should not settle for anything less than ‘trust and respect' when they are looking to pair up, adding that these are the keys for long-lasting relationships.

"Truly this is what worked for me, he has to be someone who respects you. By that, I don't mean makes coffee for you, not that. But someone who respects the hard work you put into your life. You give each other the benefit of the doubt because you trust each other. There's so much that comes out of that. I think don't settle for less than that," she said.

The Hollywood star along with tennis sensation Serena Williams are investors in the dating app called Bumble.

Tennis star #SerenaWilliams has joined actress #PriyankaChopra as an investor of social and dating app #Bumble. When #SalmanKhan got to know this app is launched by Priyanka Chopra, he jokingly said, "Usko kya zarurat hai?" (Why does she need that now?)#entertainment #media pic.twitter.com/cXiSYq85nE