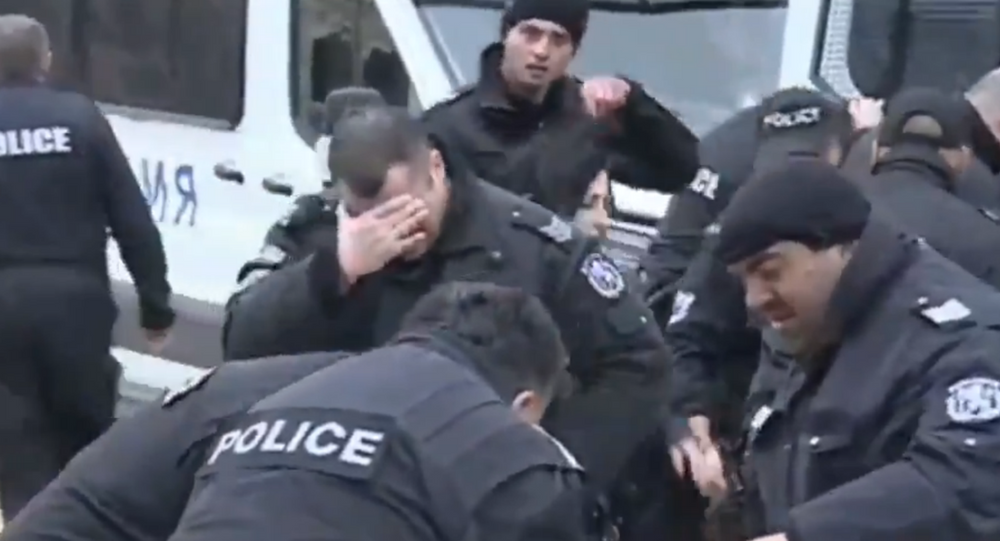 WATCH: Bulgarian Police Mistakenly Pepper-Spray Themselves Instead of Protesters

Video footage of Bulgarian policemen mistakenly pepper-spraying themselves instead of a group of protesters outside the Bulgarian parliament in the country’s capital of Sofia has gone viral.

The video shows an officer deploying pepper spray in an attempt to disperse a group of protesters. However, the officer doesn't take into account the wind's direction, and it isn't long before he finds the pepper spray blowing straight back into his face and toward a barricade of other policemen. The footage then cuts to scenes of several officers flushing their eyes with water.

​"Bulgaria is a peaceful country, where protests very rarely go more violent than a bit of pushing. This explains the inexperience of the police with things like pepper spray," a Twitter user who shared the video commented.

According to local Bulgarian media, the protesters were calling for a national referendum to institute a direct democracy in the country, as opposed to the current parliamentary representative republic framework, in which the president is the head of state and the prime minister is the head of government.

The protesters were also demanding that greater precautions be taken against corruption in the country.

A January 27, 2016, publication by non-governmental organization Transparency International reported that Bulgaria is the most corrupt country in the European Union.

According to the Business Anti-Corruption Portal, a lack of transparency in the country's judicial system has "weakened corruption investigations and property rights" and "encouraged public official impunity." In addition, bribes are reportedly common in the public procurement sector, which reduces fair market competition.