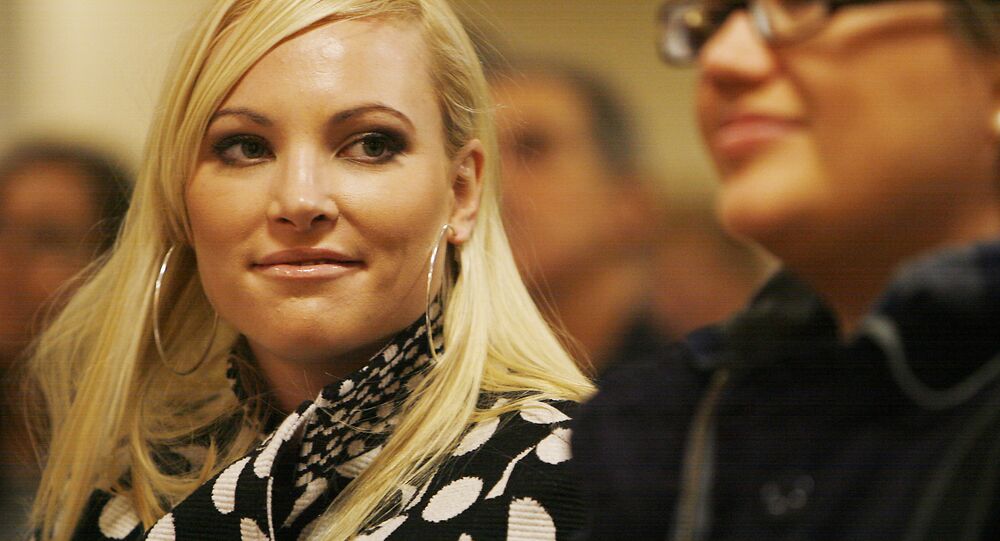 'He Will Never Be a Great Man': John McCain's Daughter Slams Trump Again

Meghan McCain, daughter of the late Arizona Senator John McCain, on Monday's episode of the TV show "The View", where she also appears as a host, said that her father was US President Trump's "kryptonite" in life and in death.

"He spends his weekend obsessing over wonderful great men because he knows it and I know it, he will never be a great man. My father was his kryptonite in life and his kryptonite in death… And I just thought, 'Your life is spent on weekends not with your family, not with your friends, but obsessing, obsessing, over great men you could never live up to.' That tells you everything you needed to know about his pathetic life," Meghan McCain said.

Republican Senator John McCain, who passed away of cancer-related complications last August, was one of the most vocal critics of Donald Trump, his condemnation of the real estate billionaire beginning shortly after Trump launched his presidential bid.