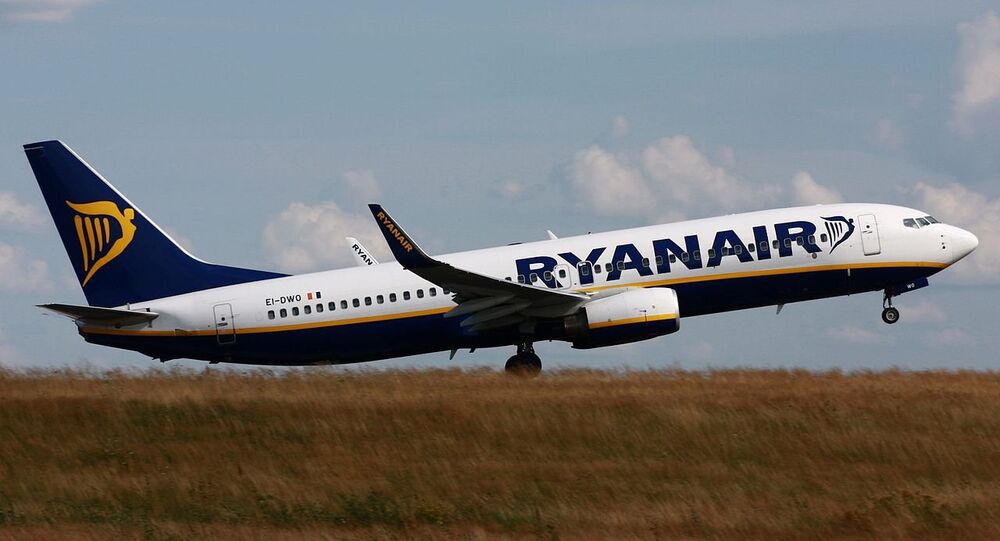 A spokeswoman for Ryanair revealed that two passengers became “disruptive in-flight” and were detained by police when the plane landed.

A mid-flight brawl that broke out on a Ryanair plane apparently resulted in one of the antagonists biting off the nose of his opponent.

A video recorded by another passenger and posted on Twitter shows the cabin crew trying to break up the fight, eventually leading to one man with his face covered in blood being led down the aisle.

​According to the Scottish Sun, the altercation occurred aboard a flight bound from Glasgow to Tenerife, with one person remarking that “there were numerous occasions of drunk and disorderly behaviour leading to a man having his nose bitten off."

"The crew of  this flight from Glasgow Prestwick to Tenerife, March 16, requested police assistance upon arrival after two passengers became disruptive in-flight”, a Ryanair spokeswoman said as quoted by the newspaper. "The aircraft landed normally and police removed and detained two individuals".

She also added that the carrier will not tolerate “unruly or disruptive behaviour” at any time, and that customers’ safety and comfort is the company’s number one priority.