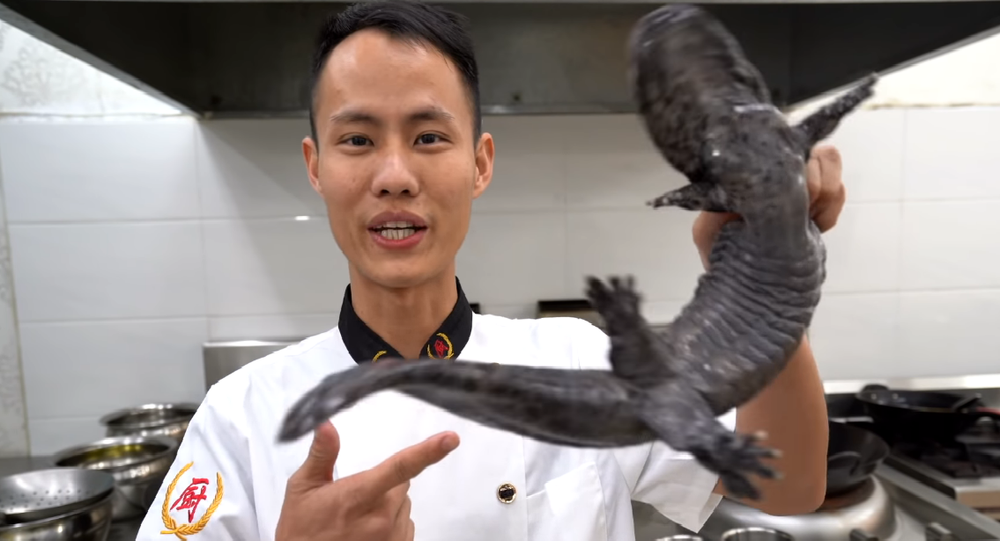 Since he posted his first video in January 2017, 29-year-old Chinese cooking star Wang Gang has gained more than five million followers across social media platforms such as Weibo and YouTube, not least due to his down-to-earth style, dubbed “‘hard-core food”.

Chinese cooking star Wang Gang has provoked uproar on YouTube after he released a video of him killing and chopping up a rare giant salamander on camera.

The four-minute video opens with Wang’s traditional greeting, “Hi everybody, I’m Wang Gang. Today I will teach you how to make braised salamander”.

The footage then shows Wang holding the salamander up in his left hand before he starts to knock it out with the blunt end of his cleaver, finally cutting the reptile to pieces.

WARNING: The following video is extremely graphic and may offend sensibilities

Supporters and opponents of Wang were quick to lock horns over the video, with one YouTube user writing in the comments section that “we should be grateful” to chefs because “they do the dirty work for us” in terms of preparing various meal.

Others were not that pleased, recalling that the video showed a critically endangered giant salamander.

Wang, for his part, published an apology for the salamander video, claiming that the animal was taken from a farm rather than the wild.

TV Chef Jamie Oliver Chases Burglar, Pins Him Down to Ground at His Family Home