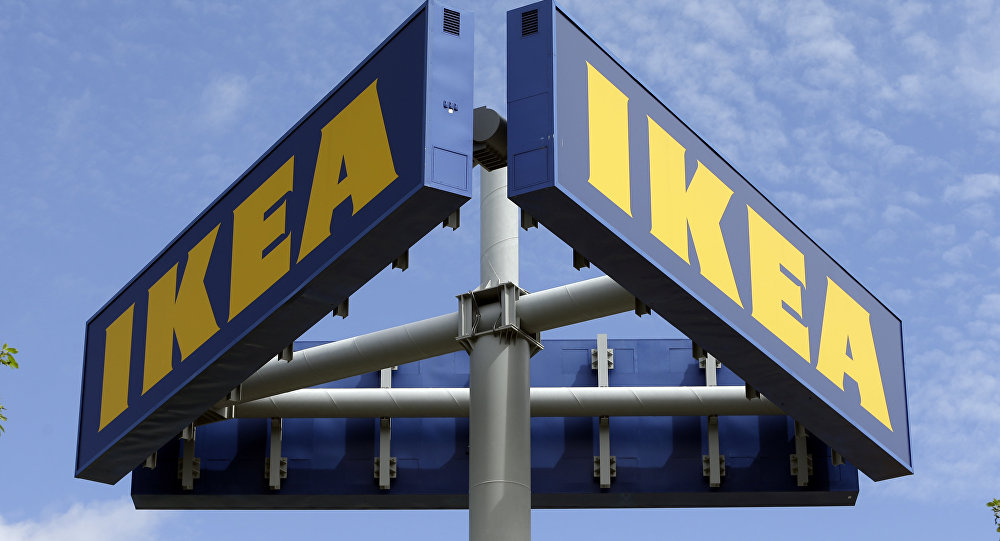 The furniture giant's next step toward "inclusivity" has hit a sore nerve, as many Swedes considered the move to be virtue-signalling on IKEA's part.

"There is only one religion where a fundamental interpretation demands you to pray several times a day and where women and men may not pray together. Introducing prayer rooms in a secular country like Sweden has only one motive for IKEA. It is about attracting customers, a new growing target group that does not speak Swedish and who are religious fundamentalists", user Tina Politik concluded.

"Tragic. At IKEA, you should shop and eat. If you need to pray you have to do it at home", another user commented.

"Well, they are just virtue-signalling for the hysteric identity-driven left", yet another suggested.

The furniture giant justified this decision with its quest to become "an open and inclusive company for its customers". At the same time, IKEA staggeringly described the room as a place for "anyone who needs a break, wants to pray or breastfeed their child", the Samhällsnytt news outlet reported.

However, there is no indication that the room is designated as a safe space, a resting place or a baby care room. The corresponding sign, written in English, reads "prayer room" and shows a begging figure.

"So, honestly, is it really necessary to have prayer rooms for Muslims at IKEA, in a secular country — any more that mothers need a baby care room?" Sweden Democrats youth wing leader Mira Aksoy tweeted. "As far as I know, the furniture giant's main target group is just families and not hardcore Muslims". "It's not that I need a special room to talk to Jesus in every department store I visit" she added.

Aksoy also found IKEA's explanation laughable. "Why is this called a prayer room when it's simultaneously a recreation room where women also can breastfeed?" she questioned. "IKEA only sees money to earn here. If a believing Muslim recommends a company, then the rumour spreads naturally", she concluded.

Another user reminded IKEA that there are about six million members in the Church of Sweden, wondering why haven't more prayer rooms been installed now that the company strives to be open and inclusive.

Some argued that praying Muslims won't be too delighted over the breastfeeding mothers' company.

"So we have a prayer room for breastfeeding mothers. Pray and breastfeed simultaneously, perhaps?! Well, this is really 'inclusive'", Stig Jansson wrote, finding the very idea of praying to the accompaniment of a screaming baby with a colic absurd.

"In 1958, IKEA opened its first department store in Älmhult, and only now they had this ingenious idea of setting up prayer rooms to make IKEA an 'inclusive company'. For six decades, neither Christians, Jews, Buddhists nor Jehovah's Witnesses have felt 'included' at IKEA, but now with Islamisation it's suddenly become colossally important", he added.

In connection with the prayer room, some also asked whether IKEA restaurants now serve halal meat.

For others, the prayer room was clearly a step too far. IKEA's Facebook page was flooded with angry outcries from users pledging to boycott the store.

"Now that you have installed prayer rooms, I do not deal with you any more. I'm angry despite being a non-believer. This is a mockery straight off!", a rather typical response reads.

Founded in 1943 by a 17-year-old dyslectic carpenter, Ingvar Kamprad, IKEA has grown to become world's largest furniture retailer with over 200,000 employees, grossing over $40 billion in revenue.