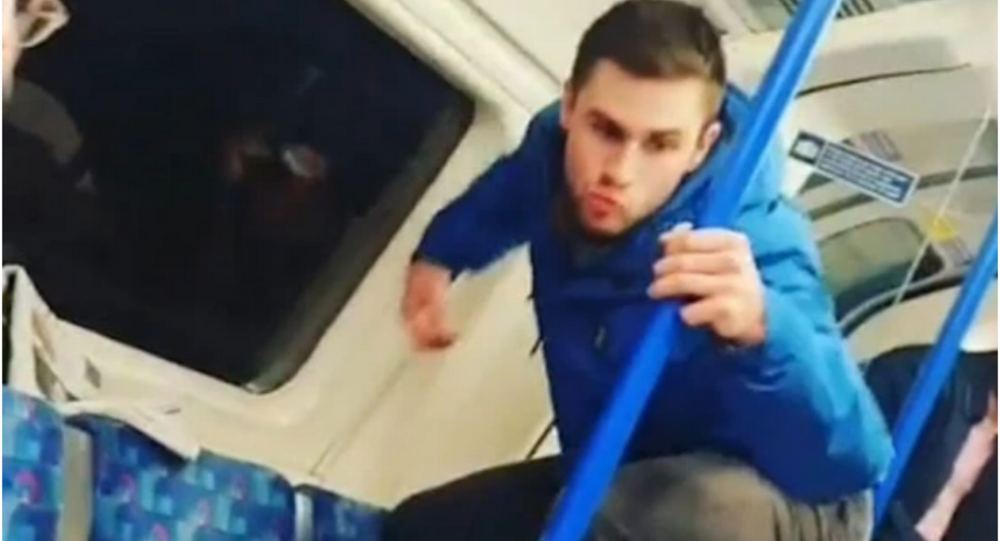 A video of a group of men making monkey noises at a black passenger on a train in London on Friday has gone viral.

Mohammed Dirir, 27, was on the Northern Line of the London Underground on Friday when a group of men got on the train and started making monkey noises and movements at him without any provocation.

​"I was sitting down on the train minding my own business, and they came in — like six of them came in and obstructed the doors of the train. They started to make monkey noises, and they were jumping up and down. Two of them were doing that. It got to me, but I tried to ignore it as much as possible. I was minding my own business, but I felt like one of them was staring at me," Dirir told Sputnik Monday.

"So, I looked over and I saw him [one of the men] give me a thumbs up. So, when he gave me a thumbs up, I looked at him and asked him if he was good, and then afterwards, I just got mad, and I had to not retaliate and play smart. I don't like to play fire with fire, and I have to be the bigger man. I had to set an example. I asked them to do it it again for the camera. They were drunk, and it was so disgusting."

​When Dirir asks the men to make the monkey noises again, so he can capture them on video for Instagram, one of the men in the group responds by swinging from the poles in the train and jumping on the seats, imitating a monkey. He even goes so far as to leap in front of Dirir's face, making loud monkey noises while his friends look on and laugh.

​"Racism happens every day, in every region of this world. We have a new app coming now. It's called SafeR," Dirir said, noting that he operates an artificial intelligence startup. "It's going to be available in the whole world. It's going to be released by my startup — which is called Palqeis. I want to take this moment to serve people. I want to serve everyone that is subjected to racism. I felt so ashamed by [the incident], and I don't want anyone to feel what I felt that day," Dirir added.

Dirir uploaded the video of the racist attack onto his Instagram account Monday with the caption, "Racism is still alive, to all my people of color around the world stay strong! Let's end this epidemic once & for all!"

A few hours later, Dirir uploaded a screenshot of an Instagram message saying, "We removed your post because it doesn't follow our Community Guidelines on hate speech or symbols. If you violate our guidelines again, your account may be restricted or disabled." However, Dirir's original post with the footage still appears to be on his account.

Omar, a friend of Dirir's, also shared the video on his Twitter account with the caption, "Six white racist individuals started to make monkey noises on the train to my friend because he is black, one of the individuals then starts to swing around and coming up close."

The video, which has been viewed almost 700,000 times on Twitter so far, includes a comment from the British Transport Police requesting that Dirir contact officials to file a hate crime report.