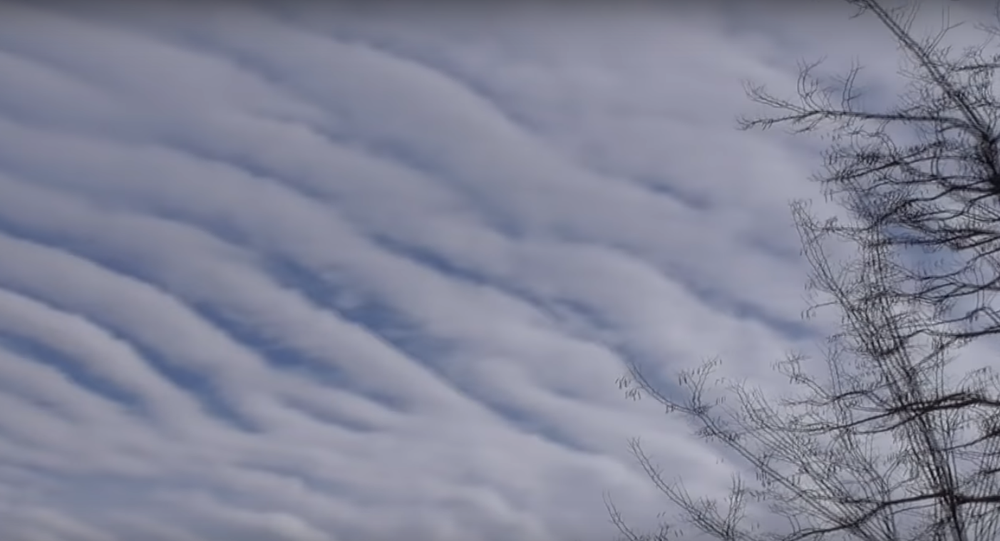 The origin of this peculiar auditory phenomenon seems unclear at this point, with people suggesting that it may either be a product of weather control experiments attributed to the legendary HAARP program or an elaborate hoax.

A bizarre phenomenon — a deafening sound resembling that of a blaring trumpet accompanied by peculiar cloud formations — was recently observed by people in Slovakia, as can be seen in the footage.

The YouTube user named Martin Mikaus, who uploaded the video, claimed that "this mysterious sound can be heard before or after the biggest earthquake in the world".

"It probably has a connection from the shifting of the lithospheric plates", he remarked, adding that "something very strange is going on in recent years in the atmosphere on the planet".

Some viewers were quick to speculate that the enigmatic sound may be related to the High-Frequency Active Auroral Research Programme (HAARP), an ionospheric research programme funded by the US military and the University of Alaska Fairbanks, with the Daily Star noting that many conspiracy theorists "believe the US government is already using the HAARP programme to control weather occurrences through the use of chemtrailing."

At least one person commenting on the video claimed, however, that the mysterious phenomenon is merely a hoax, and that the sound effect was added to the footage via Audacity software.

WATCH: Mysterious Orange Glow Captured by Passenger on US Flight