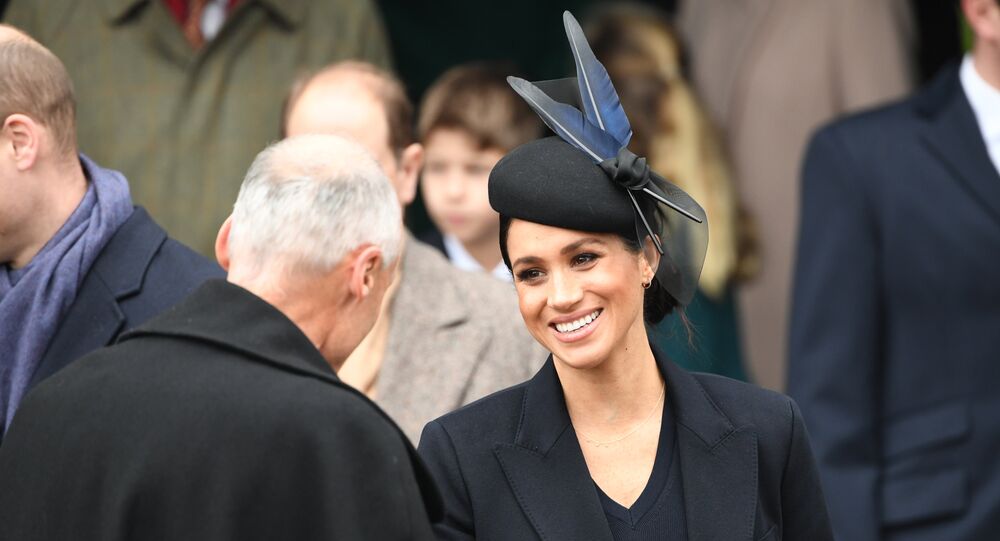 The 36-year-old mother-of-three now claims that her daughter confuses the Duchess of Sussex for her – whenever seeing photographs of Meghan Markle, the child allegedly shouts “mommy, mommy”.

Xochytl Greer from Texas has spent over $25,000 on plastic surgeries and cosmetic procedures to look like Prince Harry’s beloved wife – Meghan Markle.

Since having her third child nearly two years ago, Xochytl, a longtime admirer of the newly minted Duchess of Sussex, lacked self-esteem and was frustrated with how her clothes fitted.

She lamented that regardless of the amount of makeup she put on or her fashion choices, she would “never be presentable”, therefore the mum-of-three made up her mind to go under the knife to look – and feel – like a real princess.

“When I look in the mirror, I’m happy again. I still see me, but a better version of me. I’m at the point where I feel I can put myself out there in the world again. I had very big self-confidence issues, but now I feel I can put on a nice dress and don’t need to wear much makeup because I feel great”, she told The Sun.

The duchess wannabe revealed that she had fillers in her jawline to make her jaw look stronger – just like Meghan’s – as well as under her eyes and in the lips in addition to rhinoplasty, liposuction on the stomach, inner and outer thighs, a bum lift, and Botox.

“I don’t think I look identical to Meghan Markle. I really like her, I have always thought she was a classy person, she’s very relatable and I think she’s absolutely beautiful. Knowing the things she went through, that she didn’t grow up with the perfect life and with family struggles made her even more relatable”.

While the surgery was performed last November, Xochytl’s new appearance was unveiled at a High Tea event in Houston in late February – and that’s when she felt even more empowered:

“When my surgery was unveiled it felt like I was the Princess for the day, it was a great experience and I really enjoyed it. I feel very self-assured and very confident ow. I don’t have to try on five different outfits every day before figuring out what I want to wear now too”.

Speaking with The Sun, Dr Franklin Rose, who works at Utopia Plastic Surgery & Med Spa and performed a five-and-a-half hour surgery on Xochytl, explained the reason behind the patient’s choice of a role model:

“Meghan Markle arguably is one of the most famous of all the royals at the present time. She is always in the news and she is very pretty, like the actress Grace Kelly when marrying the Prince of Monaco. Meghan Markle is very pretty so people want her nose. Xochytl says herself confidence is through the roof and she feels great about herself now – plastic surgery has this tremendous, positive effect on body image and self-esteem. She resembled Meghan Markle before but now she looks even more like her”.