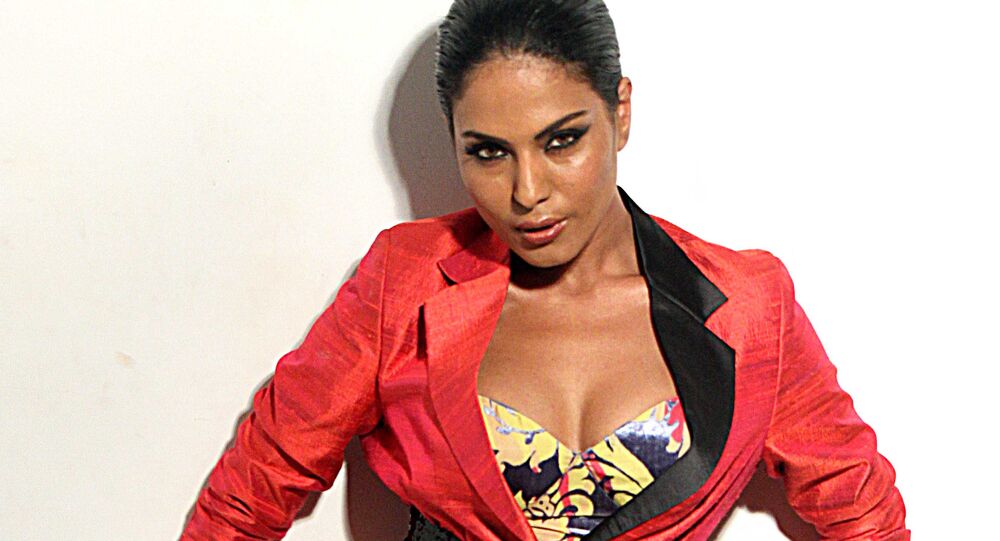 In a sardonic tweet posted in Hindi, Pakistani actress Veena Malik said, ”You have come just now… now you will be ‘really’ treated as a guest.” She ended the tweet with an emoji of a winking face sticking out its tongue.

New Delhi (Sputnik): Indian social media users expressed ‘deep shock' over a tweet from Pakistani actress Veena Malik. The message about captured Indian Air Force Wing Commander Abhinandan Varthaman, which had a sadistic undertone, was especially surprising given that the Indian film industry has been her bread and butter: she had acted in several Bollywood movies and played lucrative roles in several Indian television shows. The actress prompted a bevy of irate responses from Indian Twitter users, who condemned her lack of gratitude.

​She later tweeted a picture featuring the face of the captured pilot wrapped like a birthday present and the word ‘Surprise!' She added the message: "A Good Will Gesture will Reach Home Soon (Beaming Face With Smiling Eyes emoji)…!!! Mention Not  …It's Okay (Smiling Face With Squinting Eyes emoji)". The emojis said it all.

@saumyatandon said that it was unimaginable that Veena said this, and called it "really sad".

​One user slammed her by saying that even her fans had called out her stupidity, and reminded her that she'd come to India to earn her livelihood.

Just a look at the statistics of your tweet shows what even bulk of your followers think about this stupid tweet of yours.

This, after you came to our country to earn money. https://t.co/o2nKjHHjPW

​Even some of her fellow Pakistanis were mortified. @awaiskhan224 called Veena an opportunist saying that even Pakistanis are ashamed of her.

Please don't judge all Pakistanis by the statements of opportunists like Veena. I am disgusted to call her a fellow Pakistani. We firmly believe in peace and friendship

On Thursday, ​Pakistani Prime Minister Imran Khan said that the Indian pilot in Pakistani custody would be handed over to India on Friday. Abhinandan was arrested by Pakistani forces after he ejected from his plane and landed on the Pakistani side of Kashmir's Line of Control following the aerial skirmish between India and Pakistan on Wednesday.

India is Fighting Against Terrorists, Not Pakistani Citizens or Army – Journo