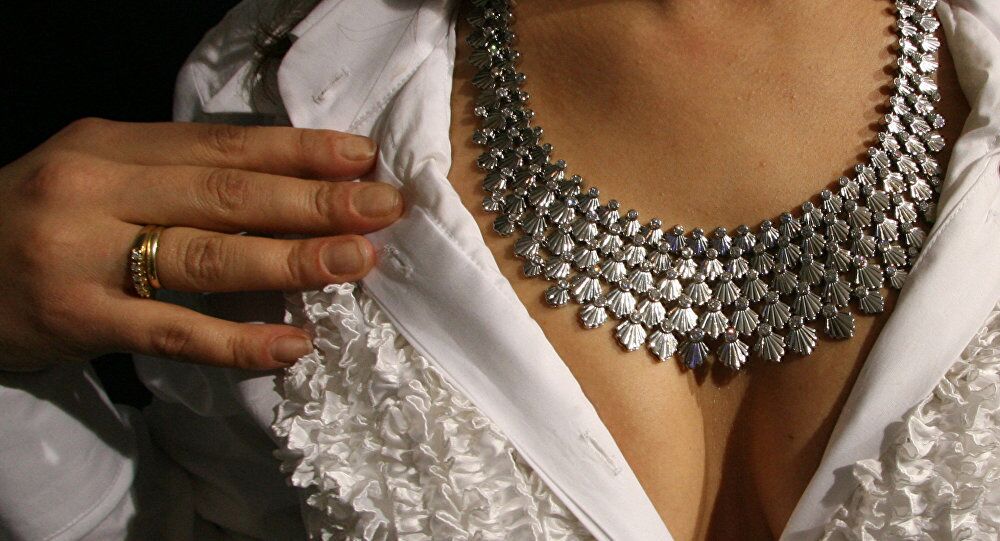 The editor of a Kazakhstani newspaper has asked the management of popular Russian TV channel NTV to clarify why its female presenters seem to have a tendency to wear outfits so revealing that their "mammory glands" are showing.

Elena Burlatskaya, editor in chief of Vechernaya Taldykorgan, a Russian-language newspaper in southeastern Kazakhstan, has sent a letter to NTV's management asking "why, for what purpose do female TV presenters have a low neckline on the upper part of their clothes?" The neckline is so low, the editor complained, that their "mammary glands are always visible."

"Here's a letter which came to the editorial staff of NTV," Simonyan wrote on her Twitter page, along with a scan of Burlatskaya's letter.

Simonyan's Twitter was immediately flooded with comments, with some users agreeing that NTV's anchors were being immodest with their dress code, while others claimed that the Kazakh newspaper was just "jealous".

© Sputnik / Alexei Druzhinin
French TV Channel Receives Parody Award for Fake News About Putin's 'Tiger Hunt'
"The author of the letter must have X-Ray vision to see mammary glands," one user joked, referring to the letter's use of the medical term for breasts. "It seems like they still have a Soviet regime in Kazakhstan," another chimed in. "By the way, this is meddling in the internal affairs of another government," another quipped.

"Foolish question. If people don't want to watch the news, at least they can see some breasts. It's all ratings," one astute user wrote. "I'll have to turn on my television. You've intrigued me with the topic," another joker wisecracked.

Others suggested that the newspaper should direct its complaints to Kazakh television, where "not only breasts, but thighs were visible," according to one user.

On Thursday, after her appeal spread like wildfire across Russian media and online after Simonyan had re-posted it, Elena Burlatskaya clarified that she sent her letter to NTV after receiving a phone call from a local man, who complained that older residents of Taldykorgan were "outraged" about the "overly revealing" outfits worn by the Russian channel's TV presenters. Burlatskaya said readers had turned to her as a last resort, with one man even demanding that the newspaper take "drastic measures in the fight against this blatant immodesty."