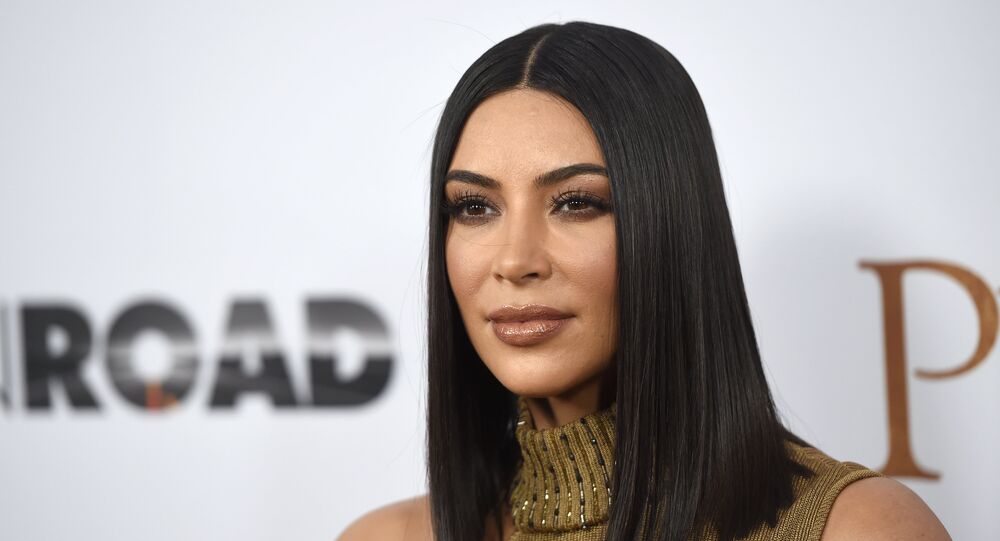 Kim Kardashian West turned to her 129 million Instagram followers in an attempt to raise alarm regarding the creepy "Momo Challenge," which has reportedly influenced children to commit suicides and other harmful deeds.

On her Instagram page, Kim shared a string of heartfelt posts from disturbed parents with her vast follower base. She tagged YouTube directly and asked "please help."

"Beware! This was just sent to me about what's being inserted in YouTube Kids. Please monitor what your kids are watching!" the social media celebrity wrote.

© Photo : YouTube
'Leave Gas On, Stab Yourself': Suicide Kids Game 'Momo' Sickens UK Parents
The so-called challenge or "suicide game" works like this: unknown people posing as "Momo" contact children on WhatsApp messenger, using a creepy sculpture of the Japanese supernatural being ubume, created by a special effects company called Link Factory in 2016. This "Momo" then urges children to perform various requests, saying there will be "consequences" if they refuse. The messages from this account are usually accompanied by scary or gory pictures.

Recently, Momo took to other social media platforms, including Facebook, YouTube and, most disturbingly, YouTube Kids, a section of the site specifically created to be safe for children. However, presumably due to YouTube's machine moderation algorithm, the Momo videos managed to sneak beneath the radar.

What begins as an innocent kids' cartoon may quickly devolve into a sinister video, filled with violence.

In an interview for TMZ, a YouTube spokesperson said that if the videos in question do exist, they would be clear violations of site policies and would be removed immediately.

© CC0 / Pixabay
Twitter Users Horrified at 'Soft-Core' Kid Porn Pedos on YouTube, Companies Pull Ads
​YouTube has already been entangled in scrutiny involving children once, in a scandal known on the internet as "Elsagate." Elsagate refers to the huge number of videos that plagued the video hosting site during the early 2010s, featuring characters from famous cartoons, with "Frozen" being the most popular — hence the name. The videos were created using remarkably and disturbingly bad animation and showed cartoon characters in sexual, frightening or bizarre situations, inexplicably gathering millions of views. Despite having been on YouTube for several years, the strange videos caught media attention only in 2017.

Vote Like Big Brother Is Watching: Pressure to Vote Reaches Creepy Heights in US