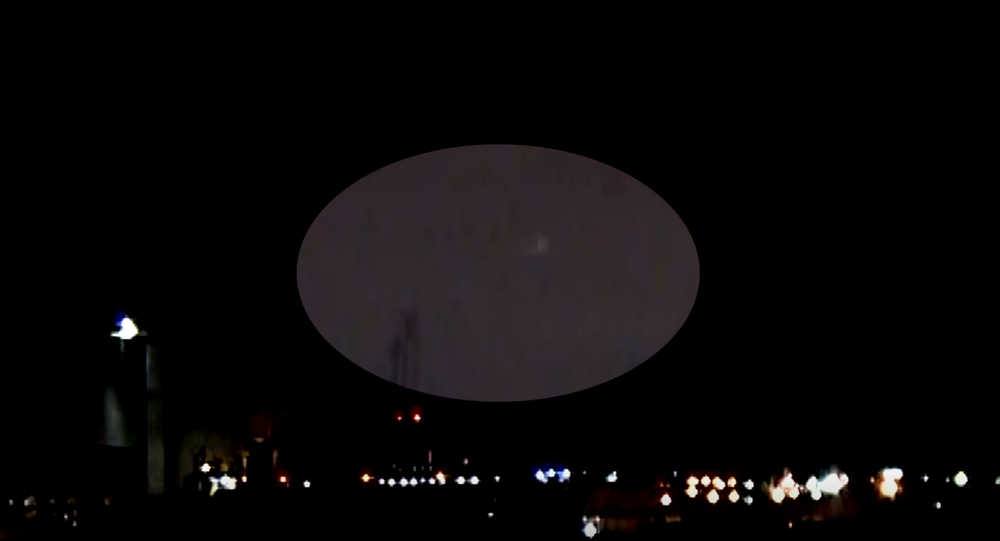 The unidentified streak of light was accidentally picked up by cameras belonging to a local television channel in the early morning hours of 21 February, with journalists failing to even notice the blip until it was uploaded to YouTube by UFO hunters.

The footage, published by UFOmania, has garnered close to 50,000 views, and sparked an online debate about whether it was an alien craft, a missile, a firework, swamp gas, a weather balloon, or something else.

Amid the hype, NBC affiliate WKYC, whose cameras picked up the footage, reexamined the video for themselves in HD, and contacted a NASA expert, who told them that the streak was just a bird.

Thomas Wertman, a local UFO watcher, similarly downplayed the clip's significance, saying that the 'unidentified flying object' was "most likely a gull," and not really anything out of this world.

But WKYC's viewers weren't so sure. On the channel's Facebook page, users insisted that the footage was real, or offered alternative explanations as to what caused the mysterious streak.

"I don't know what it is but the article says that 'experts' at NASA who examined the video said it was a bird. The experts at NASA who stated this must have a bird brain because of all things it could be it's certainly not a bird," a user named Jim angrily noted.

"Definitely a UFO," a user named Larry added, saying that at the time in question, he had just parked his car at work in the area "when a light shot across the sky behind the clouds…way too fast for a jet."

© Photo : Pixabay
'Best UFO Footage' as of Late: Object Moving at Lightning Speed Sparks Alien Conspiracies (VIDEO)
Others had alternative ideas, suggesting the blip was a "potato and cheese pierogi," a search light, lightning, a meteor, a blimp, Nancy Pelosi flying on a broomstick, or even God.

"Always someone recording it with a camera that looks like it was HD back in the 70s…can you donate some higher quality cameras to WKYC?" user Keith joked.