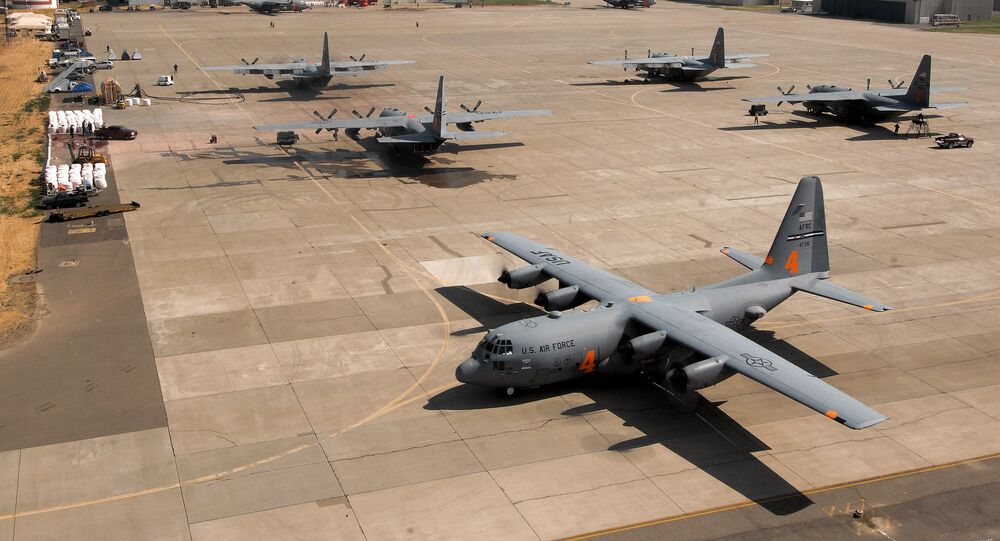 Earlier, after the airing of a Russian TV news report on possible locations in the continental United States which may be targeted by a Russian counterstrike in response to US nuclear aggression, the Kremlin clarified that Moscow never specified any actual sites.

CBS Sacramento aired a report Tuesday night about a "disturbing map airing on Russian TV" showing the California city as a "target of a nuclear strike" by Russia's newest weapon, the submarine-deployed Zircon hypersonic missile.

"The report says the missiles Russia is developing could take out McClellan Air Park in minutes," the CBS anchor warned, adding that local residents were concerned that their community may become subject to "a first strike in World War III."

A Russian TV news broadcast over the weekend shows McClellan as one of the targets in a potential Russian atomic missile attack on the US, even though the base was decommissioned 18 years ago. https://t.co/AO7FMxqJyO

The report CBS referred to was a channel Russia-1 story picturing a list of what were said to be "just some" of the US military's "decision-making centres" which could be targeted by Zircons in the event of war. The list included Camp David, the Pentagon, Fort Ritchie, Jim Creek and McClellan Air Force base, with the latter erroneously listed as US Strategic Command (the headquarters is actually located at Offutt Air Force Base in Nebraska). McClellan ceased military operations in 1995, and has since been converted for civilian use.

© CC BY 2.0 / U.S. Missile Defense Agency / Aegis Ashore
Kremlin on Possible Zircon Targets in US: Russia Doesn't Interfere in TV Editorial Policy
On Monday, Kremlin spokesman Dmitri Peskov commented on the Russia-1 report, pointing out that President Putin "never named any specific geographical locations" for targeting by Zircons, but adding that the Kremlin wasn't in the business of interfering in the editorial policy of state or private-owned media to correct their errors.

Speaking to CBS, one Sacramento resident said that she was "kind of nervous now," saying the report was "crazy," adding that the base is "not even active" and she hoped the report wasn't true. "Should I move?" she asked.

Roxanne Yonn, former director of Sacramento's Aerospace Museum, said that while the base was busy during the Korea and Vietnam wars, its strategic value today is "around zero."

"You don't need to have so many bases, so many places to do things, because it's more instantaneous, technology's different," Yonn said.

CBS wasn't the only local media to run a story on the alleged target list. The Sacramento Bee published a piece dubbed "Is Sacramento in Russia's nuclear crosshairs? Putin named this airport as a nuke target," erroneously suggesting that the Russian government was somehow involved in the publication of the map used in the Russia-1 report.

The Sacramento Bee / Screenshot
Screengrab of the Sacramento Bee story.
© Photo : Russian Defence Ministry
Russia to Develop Ground-Based Kalibr Missiles by 2021 in Light of INF Treaty Row - Defence Minister
Last week, Putin warned that Moscow would be "forced" to respond in kind if the US deployed new medium- and short-range nuclear missiles in Europe, adding that he hoped the situation would not escalate to a crisis like the October 1962 Cuban Missile Crisis.

Nuclear tensions between Moscow and Washington escalated late last year, after President Trump announced that the US would withdraw from the Intermediate-Range Nuclear Forces (INF) Treaty, a key arms control agreement signed at the end of the Cold War which banned Russia and the US from developing and fielding ground-based missiles in the 500-5,500 km range.