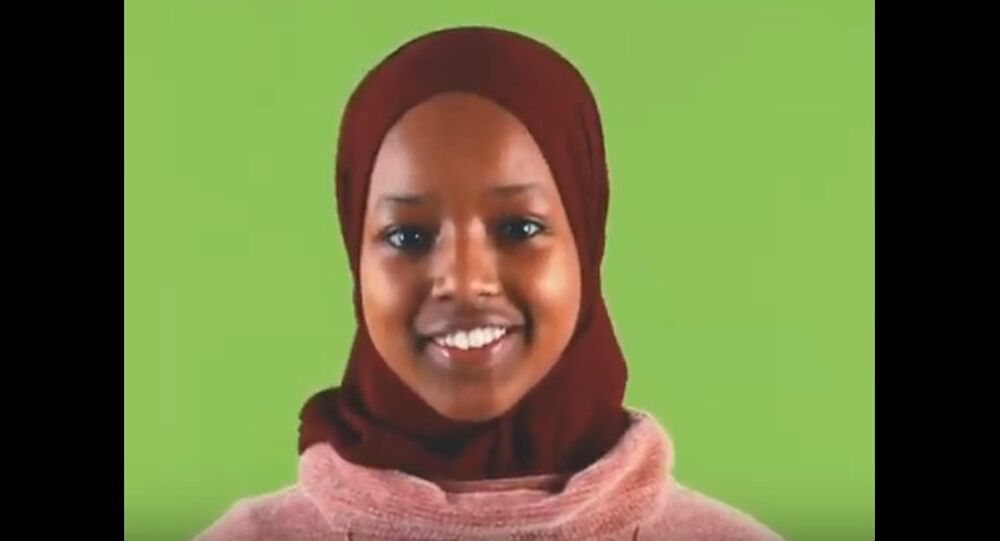 Critics have interpreted a hijab-wearing Muslim girl in an ad by a municipal housing company as a token of political correctness gone wrong and as a harbinger of things to come.

A new summer job ad by the municipal housung company Stångåstaden in the Swedish town of Linköping featuring a Muslim girl in a hijab has sparked strong reactions. Many Swedes were repelled by the ad, which, they suggested, normalised honour-related oppression.

Stångåstaden's campaign is party aimed at minors, as the company made it clear on their website that they are looking for applicants aged 17 and over.

A movie ad has also been made. The only younger person who appears in the ad is a child who is wearing a veil.

The hijab ad divided Swedes, which resulted in a heated debate on social media.

"Time and again we see how the veil on children gets normalised", Faw Azzat, public debater and goodwill ambassador for Never Forget Pela and Fadime (GAPF), a national association working against honour-related oppression, tweeted. GAPF was founded as a secular organisation to commemorate Pela Atroshi and Fadime Sahindal, both victims of Islamic "honour culture".

​"So. An image with a lipstick is considered sexualising, and radical feminists rage to such extent that the ad is removed. But a child in [Islamic] veil?! It's all right. That's priorities for you", she tweeted in a sequel.

Azzat's anger was shared by many users, who argued that the hijab ad sent the wrong signal.

"Isn't it injudicious to consciously or unknowingly support parents who force children to wear the veil? The risk is that they, in a worst case (scenario), become thein parents' and relatives' prisoners", a user wrote.

"I'm old enough to remember the time when the conventional feminist wisdom was that a veil was bad", another user tweeted, hinting at feminists' double standards when it comes to the empowerment of women.

"Well, well, you see how 'modesty' keeps radiating from her?" a user tweeted sarcastically, hinting at the sale of burkinis dubbed "modesty suits" in Sweden.

"When I watch Swedish TV, it seems that the qualification for being an anchor is that you are either a woman, a homosexual or a foreigner. Preferably all three at once," a Norwegian chipped in on Sweden's political correctness.

Yet another train of thought included the idea of Sweden slowly caving in to Islam. Some users argued that only years are left until Sweden become Islamised for good.

"Islam is the world's fastest-growing religion. Sweden is tasty morsel for them. Here we have set the stage for them, so in a few years it is Sharia that [will be applied] here in the country," a user argued.

Another user posted a snapshot from national broadcaster SVT's children's programme featuring a young girl in a hijab as well, as an indication of how far it has gone.

​These days, Gävle municipality landed in hot water after posting a welcome ad fronted by a hijab-clad woman belonging to a local radical mosque, whom the municipality dubbed "ambassador of diversity".

A 2017 Pew research estimated the share of Muslims at 8.1 percent of Sweden's population of 10 million. The number of Muslims has skyrocketed following the recent years' migrant crisis.