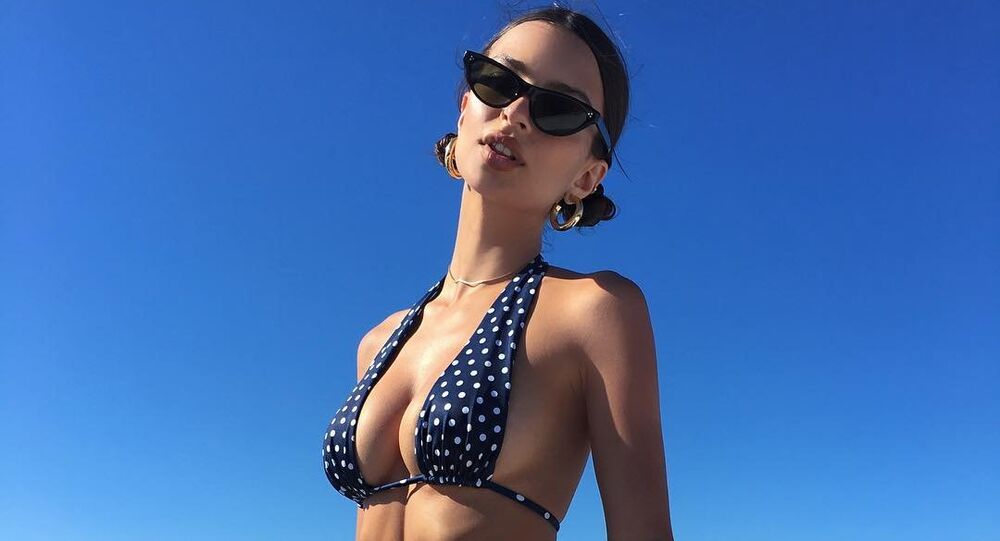 Emily Ratajkowski, who rose to prominence in 2013 after appearing topless in the music video for Robin Thicke’s chart-smashing hit “Blurred Lines”, has been promoting her lingerie line as only she can.

The 27-year-old model and actress has once again showed off her killer body on social media only to create an intriguing vibe ahead of the much-anticipated release of her own Inamorata Woman lingerie line.

The photo, which has already earned over 1.2 million likes, was mysteriously captioned “next week”, apparently hinting at the release of more items of EmRata’s clothing line.

Just a few days ago, the “Gone Girl” star flaunted her supermodel body while posing with a pack of mini churros in a grocery store.

Speaking with Elle about creating her brand, she revealed what had prompted her to come up with her own swimwear and lingerie line:

“You know, for me, I don’t have a go-to underwear store. I don’t have a place that makes cute basics that I really want to wear, and I feel comfortable in, but I also think are on trend and cool. So, this is also just like a necessity – this is something that I would want to wear”.

Emily Ratajkowski Explains Why She Posts Half-Naked Photos of Herself