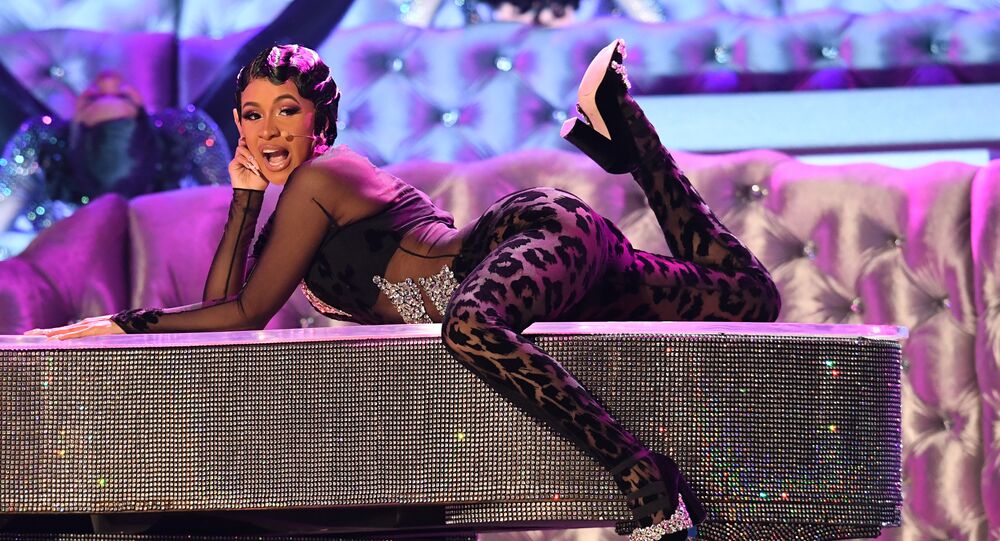 Smollett is suspected of lying to investigators about an assault that he allegedly suffered in Chicago last month. Despite his claims that he was beaten up in a racist and homophobic attack, police reportedly believe that he paid his perpetrators.

According to American rapper Cardi B, news that actor Jussie Smollett could have orchestrated the racially charged attack on him has taken its toll on Black History Month.

"I'm really disappointed in Jussie Smollett, whatever the f*ck his name is," the 26-year-old hip-hop sensation said during a livestream.

"I feel like he f***ed up Black History Month, bro," added the performer, who was born Belcalis Almánzar.

"I'm not gonna say yet, until he says out of his mouth that it was fake and this sh*t was staged," she added, suggesting that Smollett could have been "framed" to make it "look like he's a liar".

While some fans praised Cardi for her comments, a host of critics pointed out that her opinion on the matter was somewhat irrelevant, given her contribution to the culture.

And after all the hard work she’s done to uplift American culture….

What do we keep giving her a platform? I think I feel dumber every time I see an opinion of hers.

Why does Cardi B continue to speak on issues she knows nothing about?

​Some people, on the other hand, felt like Smollett didn't ruin Black History Month.

I don't know if he ruined it, but he definitely became part of it.

Jussie Smollett, an openly gay black actor best known for his role in Fox series Empire, said he was attacked in Chicago in January by two people, who allegedly beat him, poured a chemical substance on him, and yelled racist and homophobic slurs.

His case took a twist over the weekend after reports surfaced that Chicago Police arrested, interviewed and released the two suspects — and now believe that Smollett staged the attack — something that his attorneys deny.