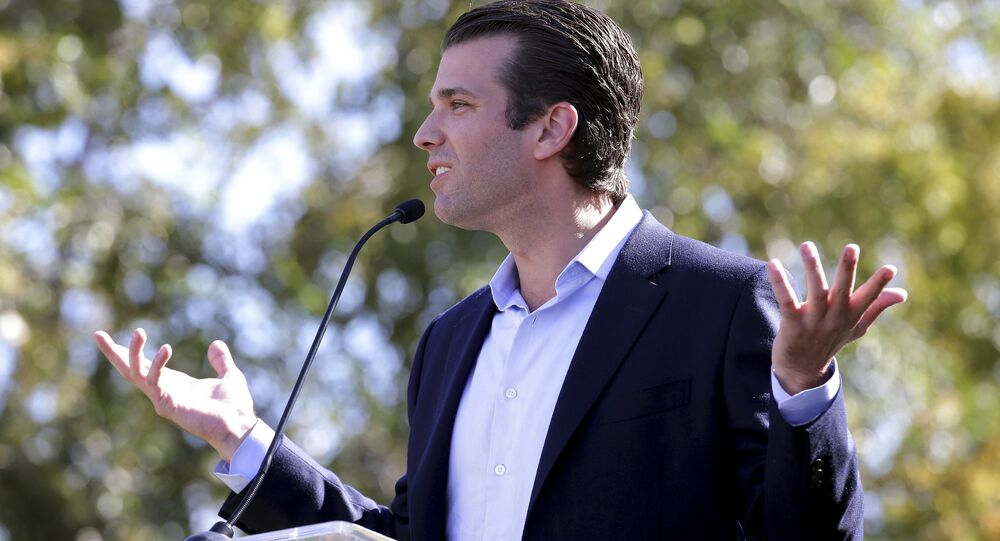 The Jussie Smollett assault investigation has ushered in a whole new outlook on the issue after it emerged that the gay Hollywood actor might have known the perpetrators and even orchestrated the incident himself. It was first deemed as a hate crime in late January.

Donald Trump, Jr. called out Instagram, on Monday asserting that the social media platform made him pull a post he made about reports that Jussie Smollett’s alleged attack might have been staged, although it subsequently restored it on his account. The post claimed the alleged offence against Smollett “seemed so real.”

“Shocked, I really thought MAGA folks (who are all over downtown Chicago) were waiting with a rope/bottle of bleach to ambush a [rich] guy at 2am in minus 4 degrees, because those are conditions where all people go out for Subway rather than order Seamless,” he posted, rounding off the comment with three eye-roll smileys.

Some time later, the president’s son commented on Hollywood actors reportedly deleting their earlier posts that called for justice to be served for the “Empire” actor following his supposed assault, after reports started to come in claiming that Smollett might have staged the attack himself.

“Speaks for itself. I hope @Instagram won't [sic] arbitrarily choose to censor this one,” Trump Jr. shared online.

A spokesperson for Instagram apologized for removing the post Monday, telling the Daily Caller that it was removed “in error,” with the post being finally restored. However, it remains unclear why the post was flagged in the first place.

The news, meanwhile, didn’t come as a surprise for netizens.

“Instagram is owned by the same people as Facebook…major censorship of everyone labelled as 'conservative'…,” one posted, with another one echoing the same stance:

“Funny how it's always an error against a Republican. This literally NEVER happens to a liberal.”

“No bias at all” a different commenter claimed, tongue-in-cheek.

Another immediately recalled the much debated US mainstream media’s bias, along with that of Facebook:

More like "oops, we got caught showing our TDS."

Some "conspiracy theories" like any theory may (eventually) be proven true. Who do these tech giants think they are to censor a theory? They should be as critical of MSM, who push #FakeNews on a regular basis!

Actor Jussie Smollett, who is black and openly gay, was rushed to hospital on 29 January after what was first investigated as a hate crime. He told reporters he was attacked by two masked perpetrators who yelled, "Aren't you that f****t 'Empire' n*****?" before attacking him, placing a rope around his neck and thrown a chemical — supposedly bleach — on him.

Before walking away, they reportedly yelled "This is MAGA country", which hit a raw nerve with the general public at the time. However, days after that, CNN cited police sources familiar with the case as saying that Chicago’s law enforcement believe Smollett in actual fact paid the two men to set up the assault.

McEnany’s post contained a copy of Warren’s Texas Bar registration in which she identified herself as an American Indian, which was flagged by Instagram as “including the home address of someone else”, which is strictly prohibited on the social network. After it was discovered that the location in question was an office address and not a personal home address, the content was restored and the mistake prompted an apology from Instagram’s mods.