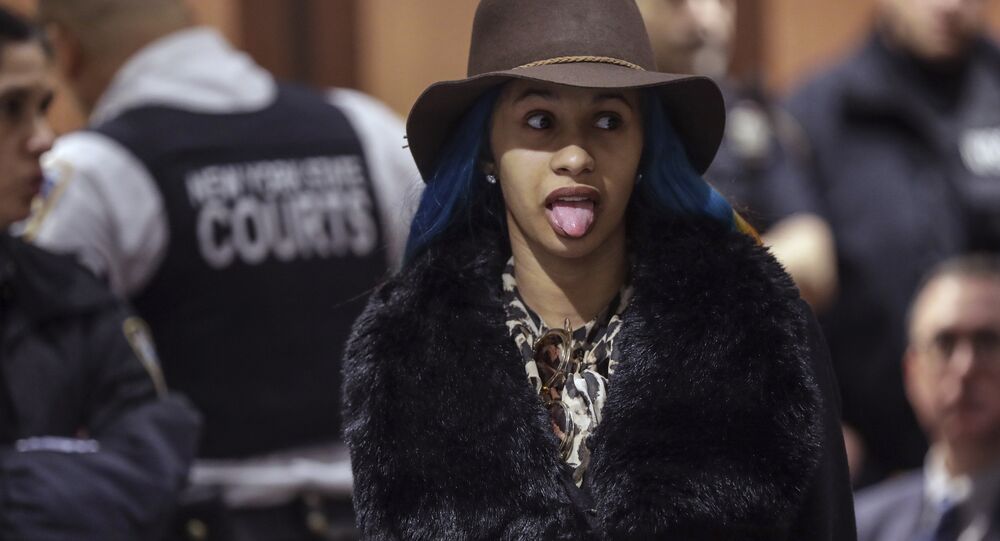 Innocence is perhaps not the first thing that comes to mind when you hear the name Cardi B, and her recent message to fans led some of them to have doubts about whether the pop sensation, herself a mother-of-one, could be a role model for girls and boys looking up to her.

American rap star Cardi B is facing a barrage of outrage on social media after her latest post, which was meant to promote her new remix, appeared to be too X-rated for some fans' liking.

Belcalis "Cardi B" "Almanzar, who won Best Rap Album at the 2019 Grammys, shared a video loop of herself seductively sticking out her tongue and moving her hips, sitting on a sofa in a revealing gold top and a golden chain-embellished tracksuit.

"#Thotiana Mix with a little bit of PleaseMe," she captioned the post, referring to the fresh track 'Thotiana', a raunchy collaboration with Blueface, and her new single titled 'Please Me'. She also cited two lines from the hit song that relate to oral sex and are too explicit to reproduce.

While many followers were happy to see their hero being sexy and provocative, some were less supportive about Cardi B's message.

"All I know is I'm taking a pregnancy test after reading that tweet. Just in case," a user joked.

"I'm so glad I'm a grown *ss woman," wrote another commenter. "If I was a kid, my mama would've been stopped me from listening to Cardi's freaky *ss."

"How you gonna act and say all that when you have really young kids looking up to as a role model?" inquired an Instagram user under the handle _lynn_lovely.

"Cardi is a trash," wrote another person.

Others just had no words to say and had to employ memes and GIFs to express their feelings.

Tags:
Beyond Politics, oral sex, Cardi B, US
Community standardsDiscussion