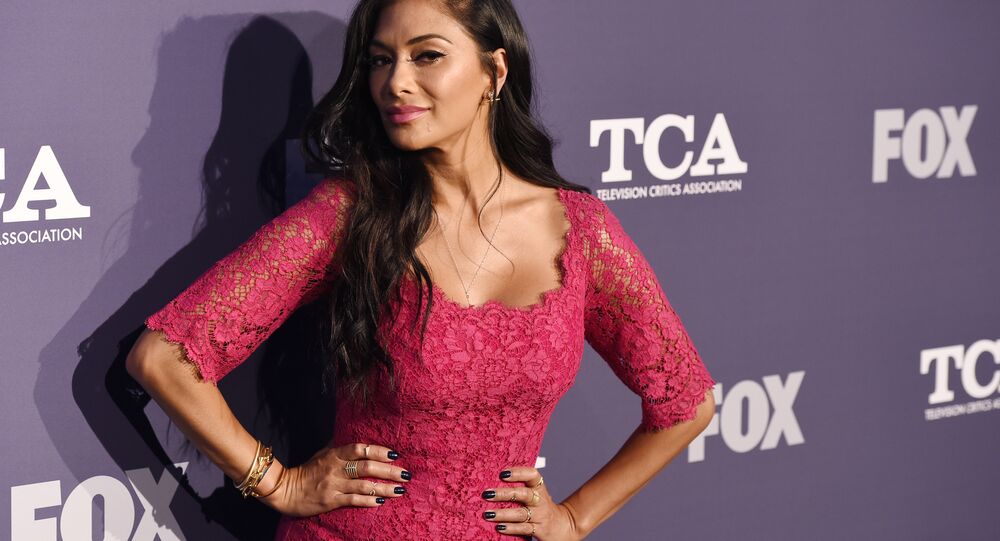 The video wasn't intended for dissemination to the public, a UK tabloid quoted an informed source as saying. This leak comes four years after the mass hacking of two hundred people's private and sensitive data, including Hollywood A-listers.

Nicole Scherzinger's mobile phone has apparently been targeted by hackers who leaked a private home video of the former Pussycat Dolls star with her ex-boyfriend Lewis Hamilton.

Sputnik does not intend to share the video or provide a link to it for ethical reasons. The short clip shows Scherzinger cuddling in bed with the Formula 1 driver and contains no sexually explicit material, though a series of Scherzinger's topless photos have also emerged online.

The songstress is expected to not be happy with her intimate moments being shared with the public. "Nicole will be heartbroken that such footage has found its way online," a member of the pop star's entourage told The Sun, saying that the video "was never intended for the public domain".

The celebrity pair had been engaged in an eight year on-and-off relationship since they first met at the MTV European Music Awards in 2007. They eventually split in 2015; Scherzinger, 40, has since then dated Swiss footballer Pajtim Kasami and Bulgarian tennis star Grigor Dimitrov.

Nicole Scherzinger has become the latest in a growing line of A-listers whose private photos have been leaked by hackers.

The most high-profile scandal broke out in 2014 after a massive nude celebrity photo leak targeted the likes of Jennifer Lawrence, Kirsten Dunst and Kate Upton.

One of the four hackers behind the leak pleaded guilty last August and received an 8-month jail term to be followed by three years of supervised release; he confessed to having sent out emails to the victims while posing as an Apple staffer in order to obtain their usernames and passwords from iCloud storage.