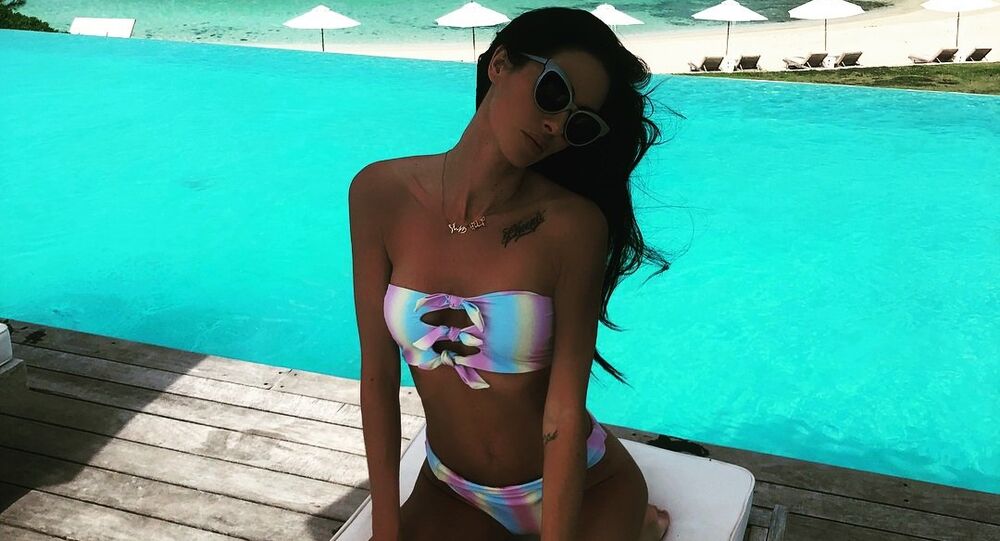 To win the suit, which is now in the making, the 33-year-old stunner has mustered the support of a trusted lawyer who hasn’t, as she claimed, lost a single case in his entire life and even vowed assistance to Ronaldo’s rape accuser, Kathryn Mayorga.

The former Manchester United star Cristiano Ronaldo’s ex-girlfriend, actress and model Jasmine Lennard, posted on Twitter that her legal case against him will be served in the coming days, adding that “her lawyer hasn’t lost a case in his entire career”.

“He’s not prepared to begin to fight a battle he believes he will lose. Additionally the most revered QC in the U.K. is on board and putting her good name behind me. Speaks for itself”, she remarked, portraying her hired QC as the “fiercest one in England”.

Commenting on the wrong-doing her lawyer is going to sue Ronaldo for, Lennard, 33, noted:

“My legal team decided we were going to sue for defamation, for lying about not knowing me as well as serving the harassment order which is why it has taken longer", she said, going on to remark that it would have taken her much less time but for loads of essential paperwork.

She earlier claimed that she has a big amount of evidence in her hands –a trove of incriminating text messages and voicemail recordings.

“I believe it will [be served by the end of this week] but it’s in my lawyers hands [sic] when it’s done it’s done, I’m doing everything I can to facilitate and make it happen as fast as possible”, she stated, referring to the delay.

Despite her lashing out at the Portuguese ace, she assumed that he “would still play regardless of being served”, adding that he masterfully “kicks a ball”, but is “just a disgusting human being as well”. Responding to a commenter’s remark on Ronaldo being “average”, Lennard, a Celebrity Big Brother star, posted: “in bed yes”, triggering strings of responses on Twitter, with netizens referring to her as “a bitch” and a person who is merely craving attention.

“I live in a multi million  [sic] pound home with a fleet of fast cars outside travel the world private and stay in the most expensive hotels in the world are you blind bitch?” Lennard responded to one of them.

While she claims the pair dated 10 years ago, the forward has vehemently denied that he had met her at that time and established any contact with her.

I’m different. Always have been. It took a while but I have accepted that I am magic not meant for everyone to understand, so they question. That’s okay. I will stay in my lane being all magical and stuff. ✨

“Mr Ronaldo has no specific recollection of meeting Ms Lennard 10 years ago or at any point. He has not had a relationship with her and he has not had any contact with her of any nature whatsoever, whether in the last 18 months as Ms Lennard suggests or otherwise”, Ronaldo’s spokesman commented on the issue, adding the “voice notes posted [sic] Ms Lennard on social media are not of Mr Ronaldo”. He stated that Ronaldo is set to take “appropriate legal action in due course”.

Lennard, meanwhile, has also thrown her support, including legal assistance, behind US model Kathryn Mayorga, who claims Ronaldo raped her nine years ago in Las Vegas – an allegation also vigorously denied by the former Manchester United player.