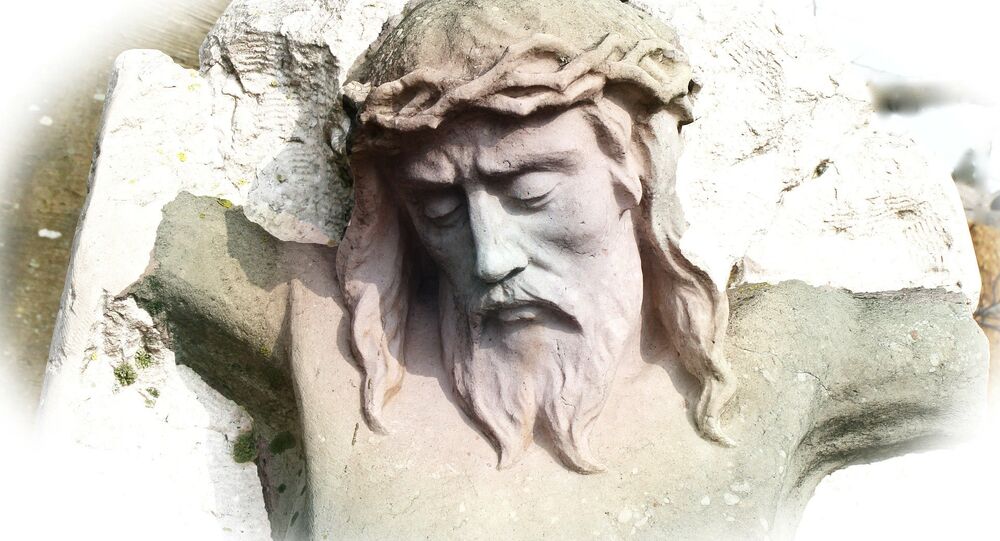 Several weeks ago, DC Comics announced that it would release a satire series with Jesus Christ as the main character, as well as a superhero who is being worshipped more than the Son of God.

DC Comics had to withdraw the production and distribution of the comic series, “Second Coming”, after facing backlash from the Christian community.

© CC0
Apocalypse How: Events Resembling 'Biblical Plagues' Sighted Around the Globe
Second Coming, written by Mark Russell and drawn by Richard Pace, tells the story of Jesus Christ returning to Earth after spending 2,000 years “locked up” by God, who was “upset” with his Son’s early arrest and crucifixion.

Jesus comes back to our planet only to find out that his teachings have been distorted, and has to learn how to be a real messiah by watching an “all-powerful” superhero, Sun-Man, who appears to be his roommate.

Christians started a petition on CitizenGo.org to prevent the release of the “blasphemous” and “outrageous” comic series.

“Can you imagine the media and political uproar if DC Comics was altering and poking fun at the story of Muhammad… or Buddha? This blasphemous content should not be tolerated. Jesus Christ is the Son of God. His story should not be ridiculed for the sake of selling comic books”, the petition reads.

Second Coming’s creators are not blaming the Vertigo Comics imprint for the sudden pull-out; quite on the contrary, they still hope to find a new publisher so that their story can see light:

The big news on Second Coming is @manruss and I asked for our book back and @dccomics very generously is doing so. We're looking forward to announcing the new home for Sun-Man, Jesus and their family soon.
.
.
.#secondcoming #jesus #vertigo #dccomics #comicartist #workincomics

Speaking with SYFY WIRE, Mark Russell, for his part, denied that the petition was the reason that Vertigo had pulled the comics:

"It wasn't because of any displeasure with DC or their editorial staff. It was just that they wanted to push the release date back to some undetermined point in the future and I had made some minor changes at their request, after which, I was warned that requests for more significant changes would probably be on the way. So I decided I would rather keep the story intact and remain true to the original vision and get into the hands of readers in a more timely fashion".

The: DC/Vertigo’s cancellation of the orders for Second Coming, just so you know, DC did not do anything untoward to me. I asked for the rights back and they gracefully agreed. They’ve been a pleasure to work with and it will still be released, albeit with a different publisher.

The same media outlet has reached out to Gregory Mertz, the US campaign director for Citizen Go, the group behind the online petition, who praised DC Comics’ decision and vowed to continue to fight the release of the book “if it’s picked up by another publisher”.

“Jesus is much more than a superhero. The comic portrays a false view [of] our Saviour. Jesus is not a failure. He was sent to the cross for our sins and everlasting salvation. Most children grow up reading about iconic DC superheroes like Batman, Superman, or Wonder Women.  It would be a shame to market this false view of Jesus as an equal read to these figures. I wouldn’t want children to read this comic book and believe it as truth”, Mertz said.

Despite fierce backlash from Christians, social media users are determined to go ahead with the purchase of the series once it’s released by another publisher. In fact, many lashed out at those opposing the book, saying they were overreacting:

Definitely picking up Second Coming wherever it shows up.
I don't know why I'm still shocked by bigots & no-fun-allowed people actually ruining pop culture. Religion is a delicate issue, I get it but still, come on.

This is gonna piss off some people. I LOVE IT!!

What?! Why??? Because some people were, for lack of a more graceful term, butt-hurt?

Some suggested that Russell should start working on a satire about Prophet Muhammad:

I would suggest you start working on a Mohammed satire comic but that would require a pair of items you don't possess.

Try your little concept with Mohammed, now there's publishing gold! How daring that would be. Edgy, hip, trendy and cool!