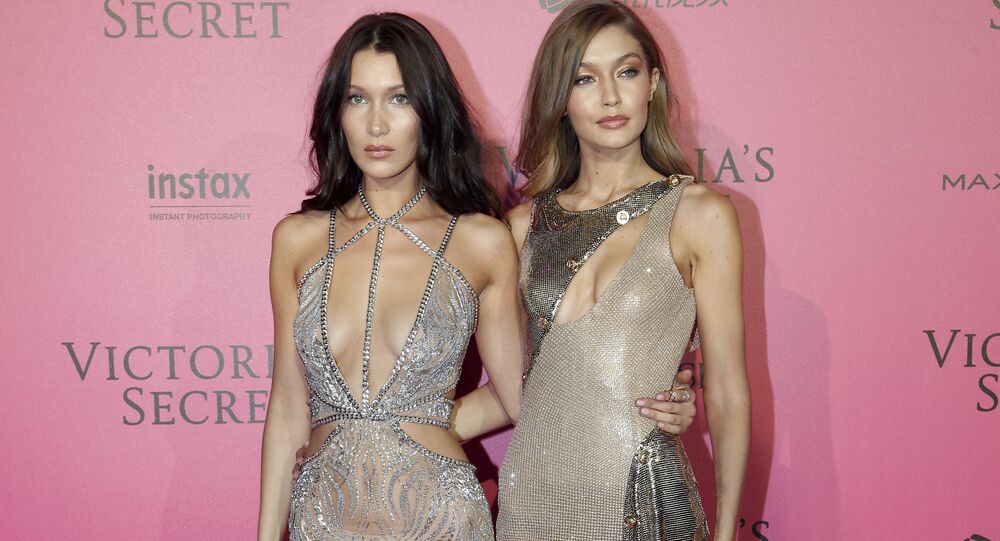 Just last week, the girls’ mother, former model Yolanda Hadid announced her determination to ditch plastic surgery once and for all citing the grave health risks it carries, having previously asserted that her children have never resorted to it with their mother’s vivid example just in front of them.

A new collage has been added to the widely popular Instagram account called @fakegirlsfvckya, featuring edited vs. unedited pictures of celebrities. The collage image is purported to sport supermodel Bella Hadid in her teens, coupled with a snapshot, taken from the same angle, of the way she looks now.

The teenage image was borrowed from another picture that comes second in the set, in which Mohamed Hadid, the girls’ father, poses with his two daughters.

“A person sent me this photo of Bella Hadid but… She really is Bella Hadid???” the caption reads, inviting long threads of comments, with people voicing bold assumptions over plastic surgeries she might have undergone to achieve her stunning looks, if it's really her in the pictures.

“Bella or not. Those Hadid genes are STRONG. Looks like all the hadid girls, expect [sec] Gigi, had a nose job”, one netizen wrote, with another one continuing along the same lines:

“Google her. U’ll see the difference. She HAD a nose surgery and more”.

“She looks like a renaissance painting”, one wrote, with another one craving the truth:

“It's her half sister not bella”.

© Photo : Instagram, Vogue Italia
Who is This? Online Frenzy Over 'Photoshop Disaster' in Gigi Hadid's 'Black Face' for Vogue Italia

In January, the mother of supermodels Gigi and Bella Hadid, Dutch-American television personality and former model Yolanda Hadid, busted rumours about her daughters’ plastic surgeries. "None of my children have never done fillers or Botox or put anything foreign in their bodies”, Yolanda shared before going on to say: "They know better after seeing what I went through”.

READ MORE: Boyfriend of UK Model Who 'Had It All' Reveals Why She Killed Herself

"Living in a body free of breast implants, fillers, botox, extensions and all the bulls**t I thought I needed in order to keep up with what society conditioned me to believe what a sexy woman should look like until the toxicity of it all almost killed me”, she posted recently on Instagram, announcing she herself was done with fillers and plastic surgery forever saying the procedures exacerbated her Lyme disease.

Bella Hadid Keeps 'Her Girls Happy' With Pizza Onboard (PHOTOS)