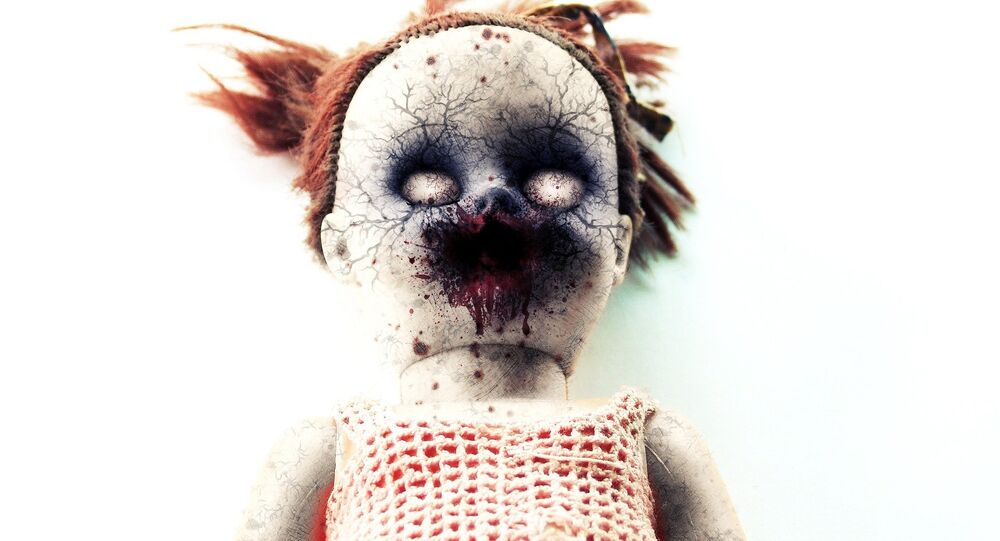 In what could have been the plot of an apocalyptic zombie movie, a 20-year-old Oklahoma resident tied the knot with a doll, she claimed had been her "world for years."

Felicity Kadlec spent close to $400 on the ceremony of her dreams, in which she got to walk down the aisle in the presence of 4 witnesses and 8 dolls. Her 'groom' — a zombie doll called Kelli Rossi that was at some point gifted to Kadlec by her father — was dressed in a suit, looking as bloody as ever.

"Despite having been in a relationship with Kelly for four years, getting married to her has made me feel so much closer to her, both emotionally and intimately," Kadlec said.

Kelly the doll is missing half of its jaw, which didn't bother the bride, who said:

"To me, she is perfect, and I can feel that she loves me very deeply and I can sense her happiness since we have married. Just seeing her at the altar when I walked down the aisle was amazing, and to me she looked beautiful."

​Kadlec has also confirmed that she has consummated her union with Kelly, with whom she is "intimate."

"…I am intimate with Kelly — I caress her and feel safe with her, and I feel a genuine connection when I'm having an intimate moment with her," the woman said.

While some won't mind Kadlec's choice, others — similarly to activists opposing use of child-like sex dolls — may find the situation troubling.

Sexual relationship with dolls that closely resemble children has been opposed by campaigners in the US and the UK. Activists argue that use of child-like dolls for sexual purposes has the potential to trigger their abusers to eventually go on to and abuse children.