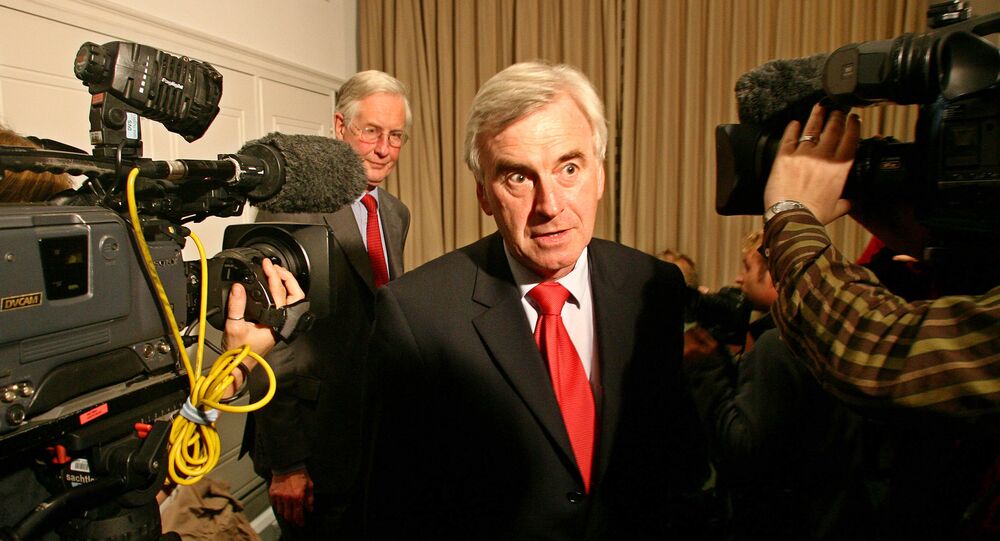 Mr. McDonnell made the comments after referencing how the former PM crushed strikes by Welsh miners in Tonypandy in the early 1900s.

Mr. Churchill supported the deployment of reserves from the Lancashire Fusiliers detachment in Cardiff to support 200 Scotland Yard police officers who busted riots in November 1910, which became a contentious moment in British history.

Mr. McDonnell was asked on the Politico website: "Winston Churchill, hero or villain?"

The riots were the result of a major dispute between mine owners and miners, with riots ensuing after the dispute remained unresolved and soldiers were dispatched to the Rhondda Vally village to intervene. The clashes killed one miner and injured 580 people, including 80 policemen.

Whilst Churchill was knighted and voted the "greatest Briton" in a 2002 BBC poll, a YouGov poll found that Brits remain divided over the former Tory PM's legacy, with 47 percent having positive views, compared to Labour voters having a 39 percent mixed view and 31 positive.

Despite this, the internet was awash with comments, with two camps of Churchill supporters and detractors slamming and praising the former PM. Former foreign minister Boris Johnson slamming McDonnell's comments, stating that Churchill had an "extraordinary record as a social reformer" who "cared deeply for working people".

But another Twittizen praised McDonnell for facing up to "the nastier aspect of British history" in a bid to "collectively build towards a better future".

Nuthin' but respect. I'm glad that the Labour Party has frontbenchers like @johnmcdonnellMP who aren't afraid to face up to the nastier aspects of British history — not so we can malinger and malign, but to collectively build towards a better future. https://t.co/7WVJmi0R61

​Mr. Churchill's grandson, Conservative MP Sir Nicholas Soames told the Daily Telegraph: "Frankly it's a very foolish and stupid thing to say, surely said to gain publicity. I think my grandfather's reputation can withstand a publicity-seeking assault from a third-rate, Poundland Lenin. I don't think it will shake the world."

The Labour frontbencher has been outspoken in his career and criticised Tory policies and capitalism in a Reuters interview in November, adding that he was serious about “overthrowing capitalism” in Britain to “transform” the UK into a fairer and more democratic society.