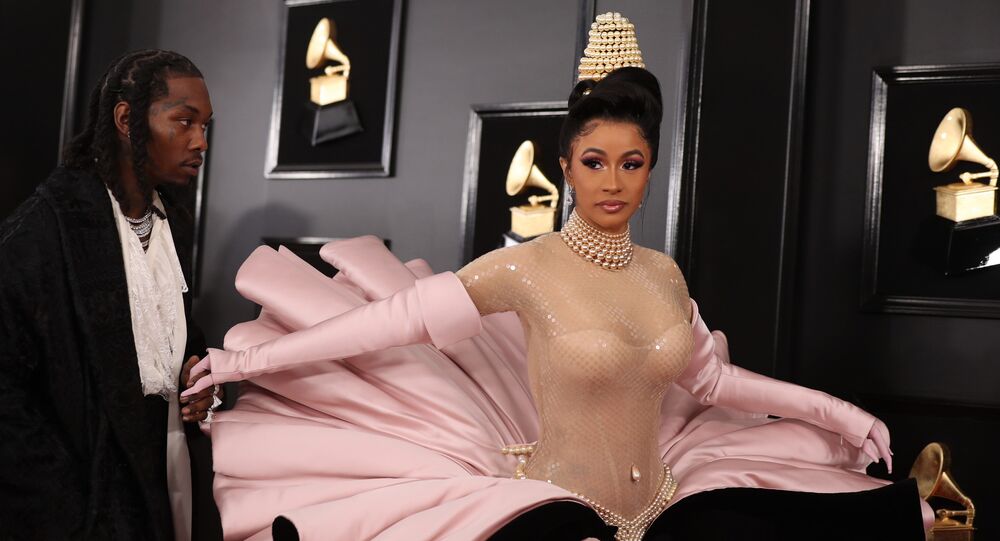 Offset’s new album teaser, which contains footage of Cardi B giving birth to their child, was released shortly after Cardi herself shutdown her Instagram account over “apparent abuse” she received after winning an award at the Grammys.

American rapper Cardi B once again became the focus of attention on social media after a video of her giving birth was shared online by the child's father, Offset.

The footage was part of a teaser for Offset’s new album, which is due to be released on 22 February.

© Photo : OFFSET/twitter
The camera then shoots back to Offset, who stares on in disbelief as Cardi then gives birth

Offset’s announcement was met with a chorus of virtual cheers on social media, with many netizens eagerly anticipating the impending arrival of his new album.

Is it happening for reall??😀😀😀🤗 been waiting for so long😥

​A number of people also seemed visibly amused by Offset’s facial expressions as he watched Cardi giving birth in the video.

His expression had me rollin'!!! 🤣🤣😭😭 He looked like he was gonna pass out!

​It appears, however, that not everyone was thrilled by the show.

Prior to the deletion, the rapper posted what the magazine described as “an expletive-laden video”, blasting commentators who claimed that she didn’t deserve the award, and stating that she's “sick of this s—“.