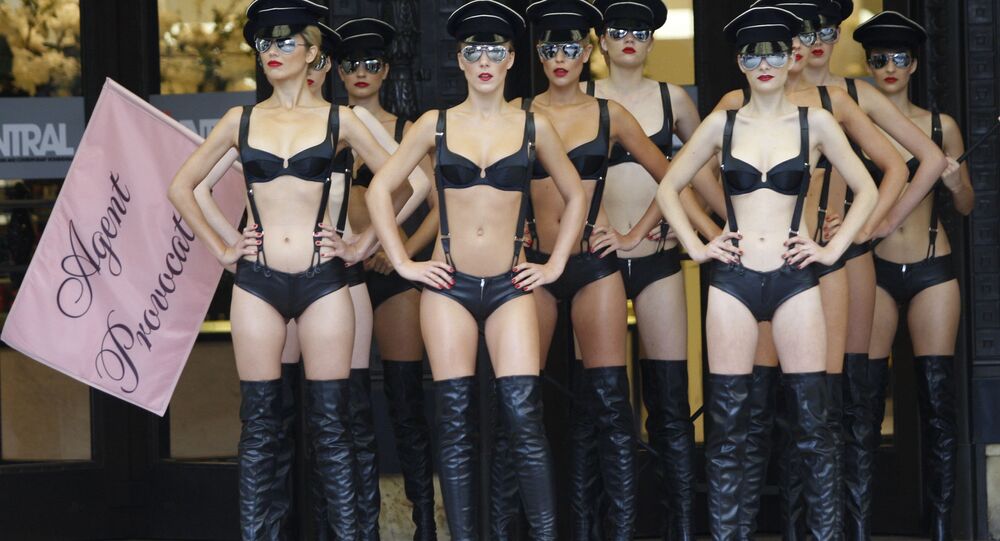 After seeing an ad by British lingerie retailer the size of a "cinema screen" in the House of Fraser mall, Kenneth Durr took to Twitter to express his outrage.

His appeal wasn't received well by everyone, while some users mocked the father of two.

Kenneth which lingerie products do you usually purchase? Do you wear them yourself? Just out of curiosity. I have a feeling the Lingerie company behind the posters could care less about losing your custom. Ireland isn't losing anything, it's gaining a sense of itself.

You need your balls to drop

Others advised Mr. Durr to "get a grip, and find a bloody hobby," arguing that his kids won't be "corrupted by a photo of a woman lying around in her feckin underwear."

Mr. Durr also addressed the shopping mall in a message, urging the company to pay attention to the complaint.

@houseoffraser We parents who spend our money in your store will do so no longer as your company pays no heed to all the complaints received in relation to the window dressing of your Dundrum outlet. We want our children's innocence protected. Press/radio coverage to follow. pic.twitter.com/8pan9NY5wU

@houseoffraser The House of Fraser management appear to be making it clear they are not interested in the large amount of complaints received and wish to continue with their immoral window displays, corrupting children's minds and insulting those of other faiths. Shame on you. pic.twitter.com/C9zuuzKWLO

In response to Mr. Durr's criticism of the advert, a Twitter user Eoin M Naughton argued that "Ireland is progressive nation, and will continue to leave behind those stuck in 1970's Church ran country."

The ad by Agent Provocateur shows a female model wearing a pink set of lingerie, photographed in a horizontal position with red background and facing the camera.

Recently, among other brands on the receiving side of customer complaints revolving around sex and sexism, were Kleenex for its Mansize-branded tissues and Protein World for their "Are You Beach Body Ready?" ad on London underground.