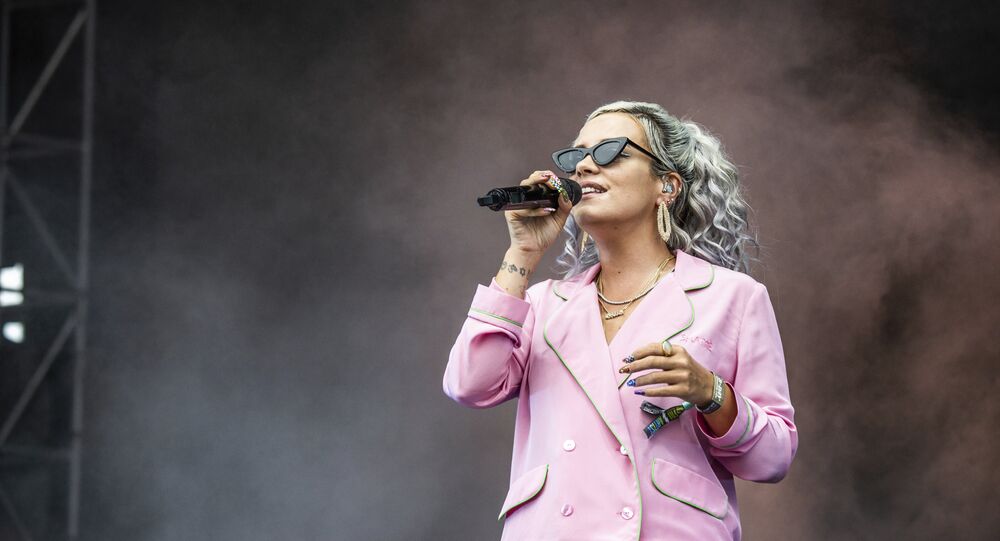 "Cold Pursuit" actor Liam Neeson has found himself at the epicentre of a scandal after confessing he wanted to kill a random "black bastard" to revenge a close friend who had been sexually assaulted by a black person 40 years ago.

English singer and songwriter Lily Allen couldn't remain on the sidelines and addressed the controversy around Liam Neeson, having dedicated her song "F*ck You" to the Irish actor during a Sydney concert.

"Usually, I dedicate this next song to Donald Trump but today I thought 'I feel more disgusted by Liam Neeson'. So this is going to be dedicated to Liam", she said of her "F*ck You" hit, which includes the lyrics: "You're just some racist who can't tie my laces. Your point of view is medieval".

The "Smile" singer later called Neeson a "disgusting racist" in an Instagram story, adding that she believes his story that spurred so much controversy wasn't even true.

"I don't believe Liam Neeson's racist anecdote, which makes it even more disgusting. I don't know a woman who hasn't been harassed and I have never heard of an instance where a man has actually gone out to defend her honour. It just doesn’t happen".

Many social media users accused her of jumping on the bandwagon and trying to stay relevant:

Such a pity you joined the twittermob action against Liam Neeson. I though you, of all people, who be against bullying and hounding someone who's comments were taken out of context? Shame.

I’d like to dedicate Fuck You by Lily Allen to Lily Allen, for trying to capitalise on this Liam Neeson controversy by claiming all men are the same and wouldn’t defend the honour of a woman. The irony

She hasn’t been in the news for a while, so she’s jumping on the bandwagon to get some attention. https://t.co/3AJ0SiQF4l

Netizens pointed out that Neeson felt remorse for his violent thoughts, and Lily should've understood it:

@lilyallen about the comment on Liam Neeson. Try to understand that he seemed to be remorseful and admitting to his mistakes. Maybe I'm wrong but how can you just accuse him rashly when you might just as easily be wrong too? We must forgive each other. Have a nice day.

People don’t actually think Liam Neeson is racist?! I think the man is brave admitting he harboured feelings like that from over 40 years ago and learned to get over them. I also think @lilyallen is an attention seeking has been trying to claw back relevance #LiamNeeson

Who is @lilyallen, is she Alfie Allen's sister? And why is she calling out Liam Neeson for being a racist… It was a million yrs ago, get over it, he said it was a mistake, stop trying to make yourself relevant again 🙄🙄 #liamneeson

In an interview with The Independent to promote his new movie "Cold Pursuit", Neeson said that 40 years ago he had disturbing thoughts to commit a racially targeted murder after learning his friend was raped by a black man.

"She handled the situation of the rape in the most extraordinary way. But my immediate reaction was…I asked, Did she know who it was? No. What colour were they? She said it was a black person. I went up and down areas with a cosh, hoping I’d be approached by somebody — I’m ashamed to say that — and I did it for maybe a week, hoping some 'black bastard' would come out of a pub and have a go at me about something, you know? So that I could… kill him", he said of his vigilante mindset at the time.

Without revealing the identity of the victim, Neeson said that he quickly realised that his thoughts were "horrible", but the damage has already been done.

The 66-year-old Irishman had to address accusations of racism on ABC’s Good Morning America on Tuesday, where he said that he sought help to overcome those violent thoughts.

"I went to a priest. I had two really good friends that I talked to, and believe it or not, power walking. Two hours every day… to get rid of this. I'm not racist. I was trying to show honor, to stand up for my dear friend in this terrible, medieval fashion…. I am a fairly intelligent guy and that's why it kind of shocked me when I came down to Earth after having these horrible feelings".