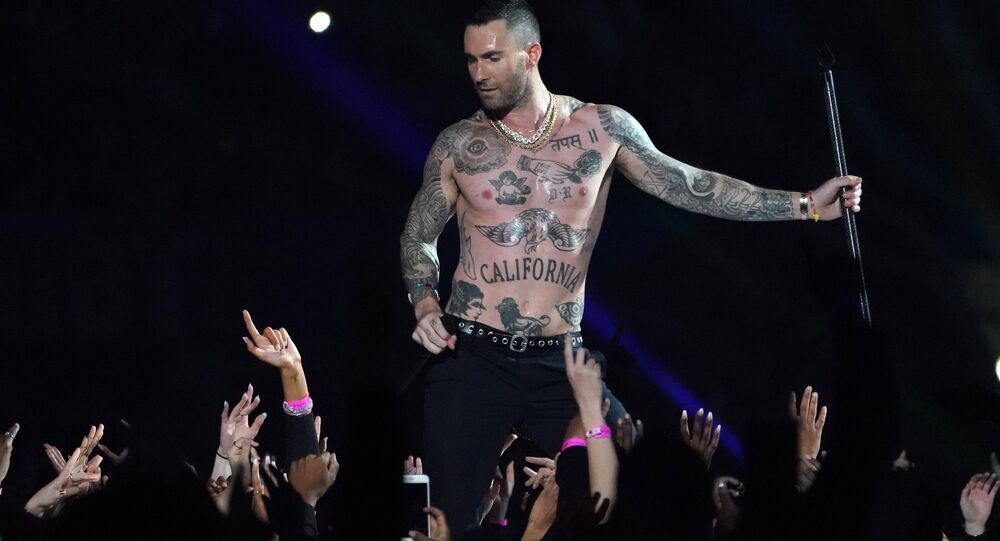 Super Bowl viewers did not seem to like Maroon 5 performing only their most famous, played out songs, and front man Adam Levine stripping off his shirt to sing.

After the performance by the group Maroon 5 at the 53rd Super Bowl, the recording of which received a huge number of dislikes, their songs sales increased by 488%, Billboard reported.

© AP Photo / Jacquelyn Martin
Ivanka Trump Stirs Up Social Media With Her Super Bowl Chili
According to Billboard, that increase is even "more pronounced" for the six songs the group played on stage. "Harder to Breathe", "This Love", "Girls Like You", "She Will Be Loved", "Sugar" and "Moves Like Jagger" have reportedly jumped in 587 percent.

Meanwhile, Maroon 5 front man Adam Levine has answered the negative criticism over his band's Super Bowl halftime performance, with some going so far as to say it was "the worst in the event's history".

"When we accepted the responsibility to perform at the SBHTS, I took out my pen and just wrote. Some of the words that came to me in that moment eventually made their way onto the incredible lanterns that flew high and low tonight. We thank the universe for this historic opportunity to play on the world's biggest stage. We thank our fans for making our dreams possible. And we thank our critics for always pushing us to do better", he wrote in his Instagram account.

Viewers weren't impressed by the show put on by the pop-rock band, and took issue with it being "too long" and also "boring", according to The Independent.