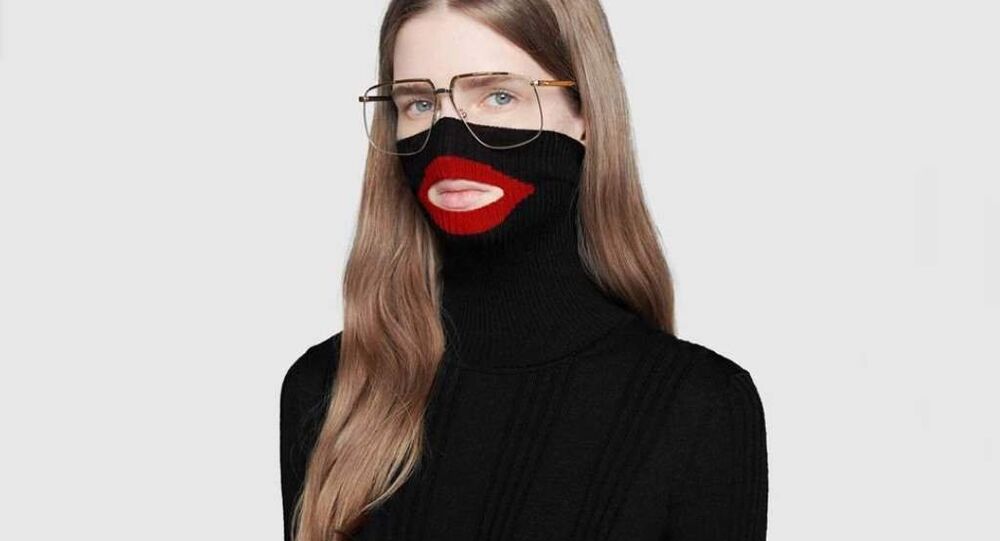 The Italian luxury fashion brand has recently found itself in the midst of a racism controversy caused by one of its clothing items - a black balaclava jumper which features a cut-out at the mouth that is outlined in red.

Faced with massive criticism over the contentious design, Gucci issued an apology, "deeply apologizing for the offense caused by the wool balaclava jumper."

The brand praised the value of diversity, determined to "turning this incident into a powerful learning moment for the Gucci team and beyond."

Hundreds of reactions to the apology statement shared on the brand's Twitter page, included speculation that Gucci embroiled itself in controversy for publicity.

Extactly my thoughts, they are jumping on the same bandwagon as @Prada and many other brands. It's the laziest form of marketing. This isn't about hiring more black people It's really about any publicity is good publicity.

I 1000% agree and frankly I think it's what's going on with a lot of places/people. Noone should have thought this was ok OR fashionable in any sense of the word.

Other users doubted just how controversial Gucci's jumper was, while some found it simply "disrespectful."

Why is everything that covers your face black now have to be associated with blackface racism from pre civil rights America? If I want to wear my ski mask for the cold nowadays, I have to worry about being labeled as racist and offensive. What's next? Can't paint face black…

Just say you can't relate/don't give af and move along🤦🏾‍♂️ because it's clear from your dissertation, you don't get it. But hey, do you since you want the option to wear black face 🤷🏾‍♂️

Do you know what blackface is? Have you never learnt about colonialsim etc? Read up on it and then you will see why the jumper is wrong and your black motorbike scarf is fine. pic.twitter.com/jzl2cyMCuF

Just bc Gucci's sweater is black & goes on the face doesn't mean that dark, (or any color,) balaklavas / sweaters are racist. 😂 But since we're on the subject, I'll just leave these here. ✌️ #blackface #whiteface #gucci #whitechicks #drake #nickcannon #snoopdogg #chappelle pic.twitter.com/OHqzRYPhLG

Going to return all that Gucci! No more apologies! Disrespectful! pic.twitter.com/g7pcq5lrCB

The jumper, which is still available to buy for $890 (£688) online, is described to have been inspired by "vintage ski masks." "Multi-coloured knitted balaclavas walked the runway, adding a mysterious feel to this collection," the product description reads.

Another Italian fashion giant, Prada, was criticised over using "blackface" imagery in its accessory, depicting a black monkey with oversized red lips.

End of last year, Dolce & Gabbana's fashion show in Shanghai was cancelled by the city's Cultural Affairs Bureau after a handful of scandalous screenshots showing controversial comments by the designer Stafano Gabban were unearthed online.

D&G was heavily criticised for its latest campaign #DGLovesChina, after a series of clips were posted on their social media accounts featuring an Asian model using chopsticks to eat Italian dishes — pizza, spaghetti and traditional Sicilian cannolo.