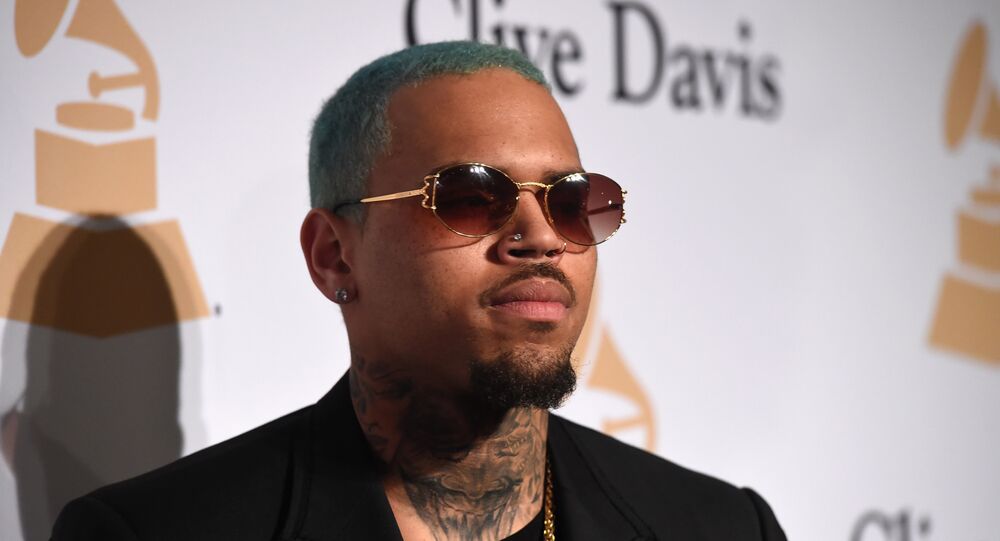 Grammy-nominated rapper 21 Savage, who holds British citizenship, was arrested Sunday by US Immigration and Customs Enforcement for allegedly staying in the United States illegally after his 2005 visa expired. 21's lawyers have confirmed their client was born in the United Kingdom, but said he legally entered the US when he was 7 years old.

Chris Brown, who was recently accused of rape by a French Jane Doe, wants rapper Offset to "fight" him after he blasted Brown for sharing a 21 Savage meme.

On Sunday, the R&B star shared a clip based on 21 Savage's verse in the UK-born rapper's 2016 XXL Freshman Cypher. The edited version, dubbed by vocals from the UK's Big Shaq, seemingly poked fun at 21's British roots.

“CMON FAM, STOP PLAYING WIT DA MANS DEM”, the singer captioned the post referring to 21 Savage who was taken into custody on 3 February by US Immigration and Customs Enforcement (ICE), for allegedly overstaying his 2005 visa.

While Brown's fans assumed that he was defending 21 Savage, whose real name is Shayaa Bin Abraham-Joseph, by telling people to stop making fun of the British-born rapper, Offset wasn’t quite amused.

“Memes ain’t funny lame", the Migos rapper, who dropped a collaborative album with 21 Savage titled Without Warning in 2017, commented on Brown’s post.

It didn't take Brown long to come up with an extensive (and expletive-laden) response, as he suggested that Offset should "call me personally" and said "if you a real man fight me [sic]":

Chris Brown has more words for Offset 👀 via IG pic.twitter.com/nfdHBQsWI1

Brown is not the only celebrity to have landed in hot water over a love of memes: pop singer Demi Lovato tweeted "So far 21 Savage memes have been my favourite part of the Super Bowl", and was roasted by her followers to such an extent that she had to deactivate her Twitter account.

In a statement released Tuesday, 21 Savage’s legal team addressed the claims that the rapper had overstayed his visa and the speculation that he was targeted by ICE due to the song "A Lot", in which he raps "Been through some things so I can’t imagine my kids stuck at the border/ Flint still need water/ People was innocent, couldn’t get lawyers".

"Many have speculated as to possible ulterior motives for his arrest and detention, including that he released music five days prior to his arrest by ICE, which included new lyrics condemning the behaviour of immigration officials for their detention of children at the border. We are unaware of why ICE apparently targeted Mr Abraham-Joseph, but we will do everything possible to legally seek his release and pursue his available relief in immigration court".

© AP Photo / Joel C Ryan/Invision
Demi Lovato Deletes Twitter Account After Backlash Over 21 Savage Memes
They elaborated that the rapper "has no criminal convictions or charges under state or federal law and is free to seek relief from removal in immigration court. ICE provided incorrect information to the press when it claimed he had a criminal conviction".

In a statement to FOX 5 Atlanta, an ICE spokesman previously said 21 "was convicted on felony drug charges in October 2014 in Fulton County, Georgia".

"Mr Abraham-Joseph has three US Citizen children, a lawful permanent resident mother and four siblings that are either US Citizens or lawful permanent residents. He has exceptionally strong ties in the United States, having lived here since he was in the first grade. Because of his long residence in the United States and his immediate relatives, Mr Abraham-Joseph is eligible to seek Cancellation of Removal from an Immigration Judge", the attorneys said in a statement.

READ MORE: Grammy-Nominated UK Rapper 21 Savage Arrested, May Be Deported From US — Report

They further revealed that the rapper had a pending U visa with the USCIS, which is provided to victims of crime.

"The U visa was filed as a result of being the victim of a deadly shooting in 2013. That visa was filed in 2017 and remains pending. When granted, the U visa will afford him lawful status in the United States. Generally, ICE has recognized a pending facially valid U visa as a basis to delay removal proceedings and release individuals from custody".

In a parallel development, such a high-profile rapper as Jay-Z and his entertainment company Roc Notion announced they would be joining the fight to free 21 from ICE custody.

"The arrest and detention of 21 Savage is an absolute travesty, his U visa petition has been pending for 4 years. In addition to being a successful recording artist, 21 deserves to be reunited with his children immediately, #Free21Savage", Jay-Z said.