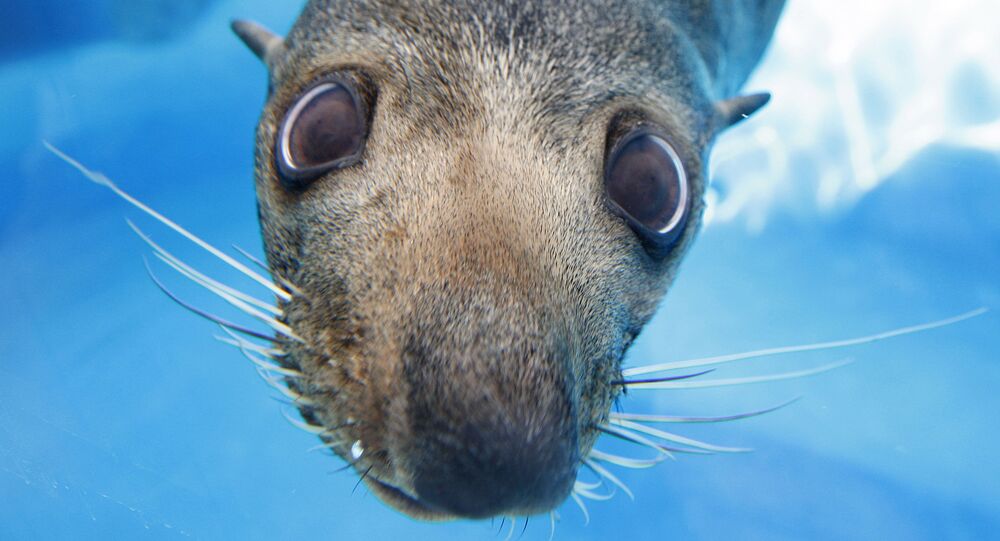 New Zealand researchers made a mind-blowing discovery when looking through a sample of leopard seal scat (the scientific term for seal poo). Scientists were shocked as they found a fully functioning USB stick right in the poo.

The sample with interesting filling was found while studying the diets of seals. Dr Krista Hupman, a NIWA marine biologist, was working with a team of volunteers who were collecting scat and sending it to her for further analysis.

© CC0
Unleash the Kraken! WATCH Seal Attack Kayaker With Octopus in New Zealand
According to the official NIWA website, scat can not only give extensive information about the health of a seal and its personal hunting preferences without disturbing the animal but also highlights the fact that even species such as leopard seals have to cope with the invasion of people into their lives.

Jodie Warren, a volunteer at New Zealand's National Institute of Water and Atmospheric Research, affirms that the examination of samples is not "glamorous work".

First of all, the sample of the scat must be defrosted. "Then we basically have to sift it. You put it under the cold tap, get all the gross stuff off, smoosh it around a bit and separate the bones, feathers, seaweed and other stuff," Jodie said in a press statement.

© CC0
Panda Poo Tissues For Sale in China
The USB stick was found during one such scat examination.

"It is very worrying that these amazing Antarctic animals have plastic like this inside them," said Warren.

However, the finding was in good condition and after some manipulations, the researchers managed to check its content. In a surprise twist, there were media files with sea lions.

The researchers, in their turn, said that if the USB owner wants the stick back, then he or she should pay a price in the form of a new peace of seal poo.