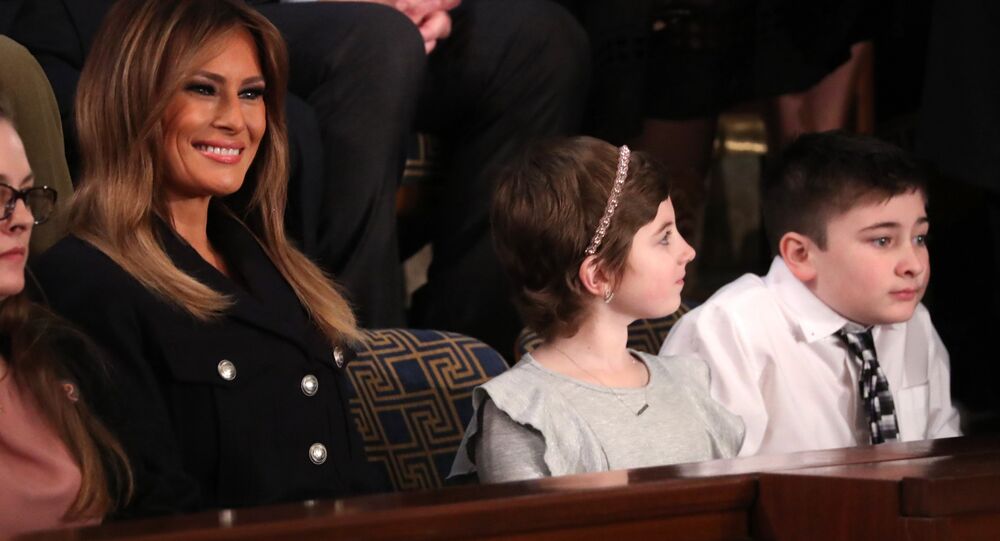 The 11-year-old from Delaware has been having a hard time at school over children mocking him for his last name, which he happens to share with the US president. He was graced with an invitation to the State of the Union address and has immediately become Twitter’s “favorite Trump” for simply falling asleep while the other Trump was talking.

Joshua Trump from Wilmington, Delaware, has sent social media into a meltdown, outshining his presidential namesake during the State of the Union address. The 6th grader was invited to the annual presidential speech in the Congress after being mocked at school for his last name, even being forced to drop out for some time and sat next to First Lady Melania Trump, who is leading the anti-bullying campaign "Be Best".

But as soon as photos and videos featuring him were out, Joshua Trump gained fans all across the US. The boy, sitting next to another honourary guest, childhood cancer survivor Grace Eline, seemingly fell asleep. Many immediately crowned him their favourite Trump.

Joshua Trump is a Trump I can get behind. pic.twitter.com/fCO2o7duj7

​Others shared their compassion for the child having to sit through 1.5 hours of the president talking about foreign and domestic affairs.

Hey!
So remember Joshua?
That kid who was invited by Trump to the #SOTU because his last name was Trump and got bullied for it?
Well, he pretty much took the speech like the rest of us.
Though it might be b/c it's 9-10PM on a school night… pic.twitter.com/SYiVDcZPwI

​Some even picked him to represent the US.

Joshua Trump was invited to the State of the Union because he has been bullied for his last name, which isn’t cool. But in his defense, neither is a Trump speech that lasts 1.5 hours. #SOTU pic.twitter.com/TwK271EOFu

​However, there were those who slammed other netizens for making fun of him online after the SOTU.

In a sadly ironic twist, the child who has been invited to the State of the Union address because he is bullied by his peers, due to his name “Joshua Trump,” is now being bullied by liberal adults on social media.

So @Twitter @verified it’s okay for @BenjaminJS to be nasty toward a 11 year old boy because is name is Joshua Trump? #SOTU2019 pic.twitter.com/PTCuUWqZ9K